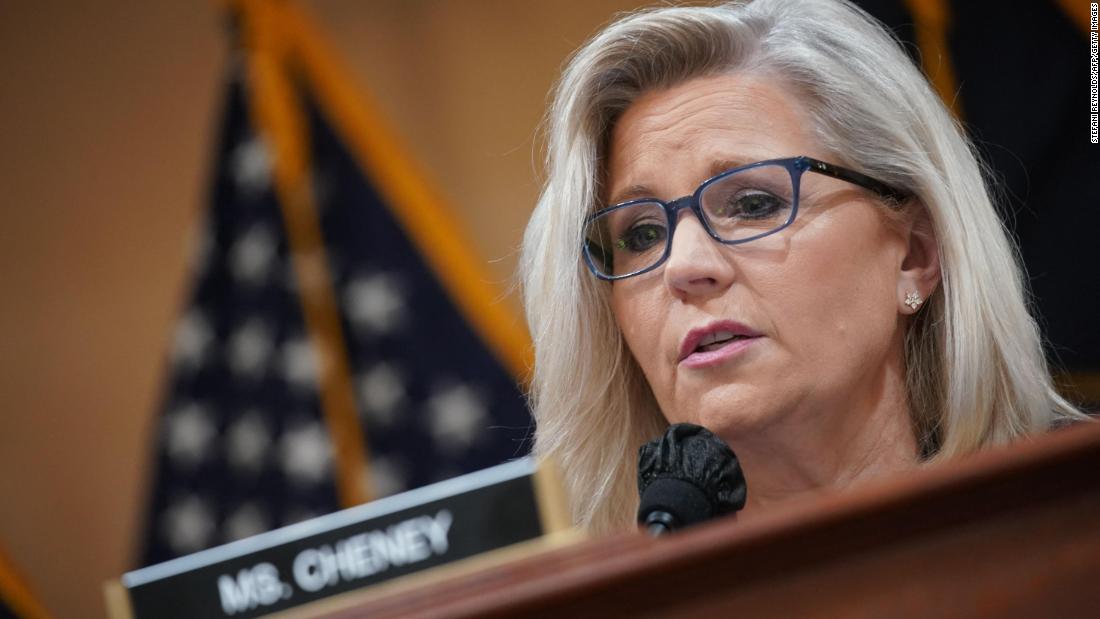 At a private event with staff the night before the election, Cheney specifically thanked people on her team for all they’ve done to help her with the work of the committee and emphasized how important that work has been for the future of the country, a source familiar told CNN.

Cheney had played a central role in ensuring the committee’s summer hearings were focused on Donald Trump specifically, multiple sources told CNN, and her concession speech Tuesday reaffirmed her intent to be a fierce critic of the former President and his election lies while remaining undeterred by the political consequences.

“This primary election is over,” Cheney said. “But now the real work begins.”

The committee now becomes Cheney’s biggest platform for carrying out her message in her remaining days in Congress. She referenced the committee’s hearings in her concession speech and how “dozens of Republicans,” including senior officials from Trump’s White House, Justice Department and campaign have testified that they told the former President that the election was not stolen or rigged.

“That’s why President Trump and others invent excuses, pretexts for people not to watch the hearings at all,” Cheney said. “But no citizen of this Republic is a bystander. All of us have an obligation to understand what actually happened.”

Cheney was one of 10 House Republicans who voted to impeach Trump, of which, only two are still in the running to return to Congress next term. The others either lost their primary challenges or opted to retire. Rep. Adam Kinzinger of Illinois, the other Republican on the January 6 committee,

decided against running for reelection.

Since its last hearing in July, the committee has continued to work behind closed doors, and plans to resume hearings in September. The committee is still gathering evidence and has reengaged in negotiations with some witnesses who had previously resisted sitting for a deposition, sources have told CNN. The committee could also be calling back witnesses it has interviewed previously, to corroborate new details, sources added.

Former Vice President Mike Pence said Wednesday he “would consider” a formal invitation to testify before the committee, an invitation committee members have long been considering, but hinted at potential executive privilege issues. A person with knowledge of the former vice president’s thinking, however, cautioned against reading too much into his remarks Wednesday and a spokesperson for the committee declined to comment on Pence’s statement. And there is a question of how much committee members believe Pence’s direct testimony is needed given Pence’s chief of staff Marc Short and Pence aide Greg Jacob have already testified to the committee.

The panel also has been zeroing in on former officials from Trump’s Cabinet for testimony this month, having recently met with Trump’s former Secretary of State Mike Pompeo, and Trump’s former Treasury Secretary Steven Mnuchin, revealing its particular interest in learning more about conversations among officials about possibly invoking the 25th Amendment after the US Capitol attack.

At the same time, the panel is also working on the writing of its final report, which is expected to be released some time this fall.

“In the course of these hearings, we have received new evidence and new witnesses have bravely stepped forward,” Cheney said at the committee’s latest hearing. “Efforts to litigate and overcome immunity and executive-privilege claims have been successful, and those continue. Doors have opened, new subpoenas have been issued and the dam has begun to break.”

The committee has conducted over a thousand interviews and depositions, received nearly 150,000 documents, and since the start of the hearings has received over 4,000 submissions to its tip line, a source tells CNN.

But, many questions about the committee’s investigation remain. Multiple investigations are underway into the missing Secret Service text messages from around January 6. Committee members feel they have just scratched the surface in terms of uncovering what’s behind the missing text messages. The panel has subpoenaed records from the agency, and has received thousands of pages of documents, including radio traffic of then-Vice President Mike Pence’s detail communicating about how to move him to a secure location on January 6, which was used in a hearing. But as of last week, the committee had only received one text message.

And even though there appears to be a growing number of previously reluctant witnesses now willing to engage with the committee, there is still a considerable number of individuals refusing to cooperate, namely five House Republicans the committee subpoenaed, including House Minority Leader Kevin McCarthy. 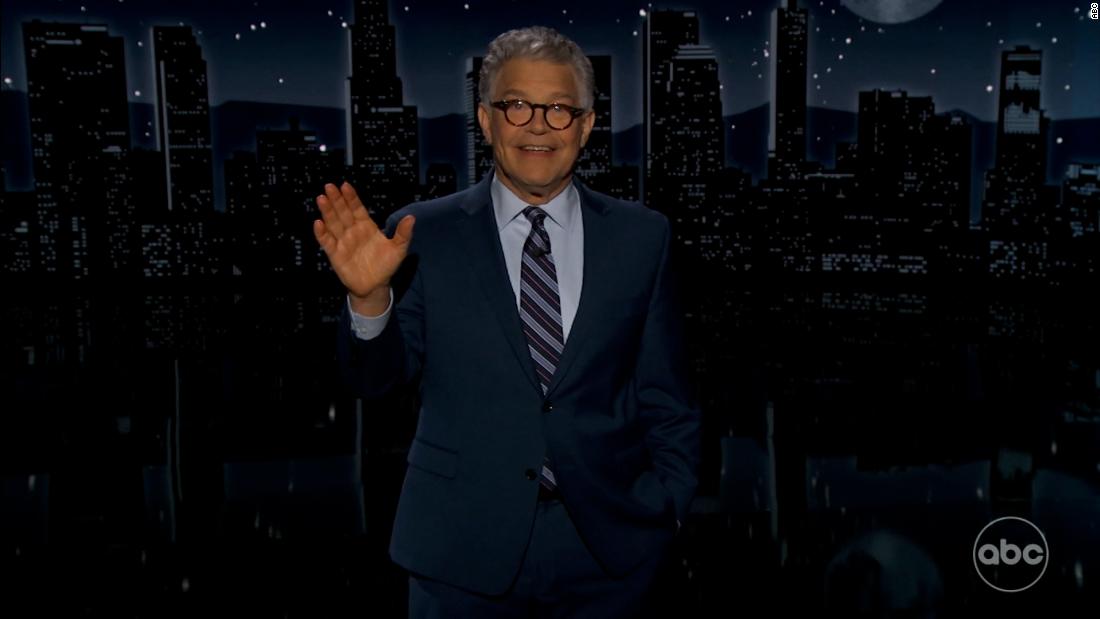 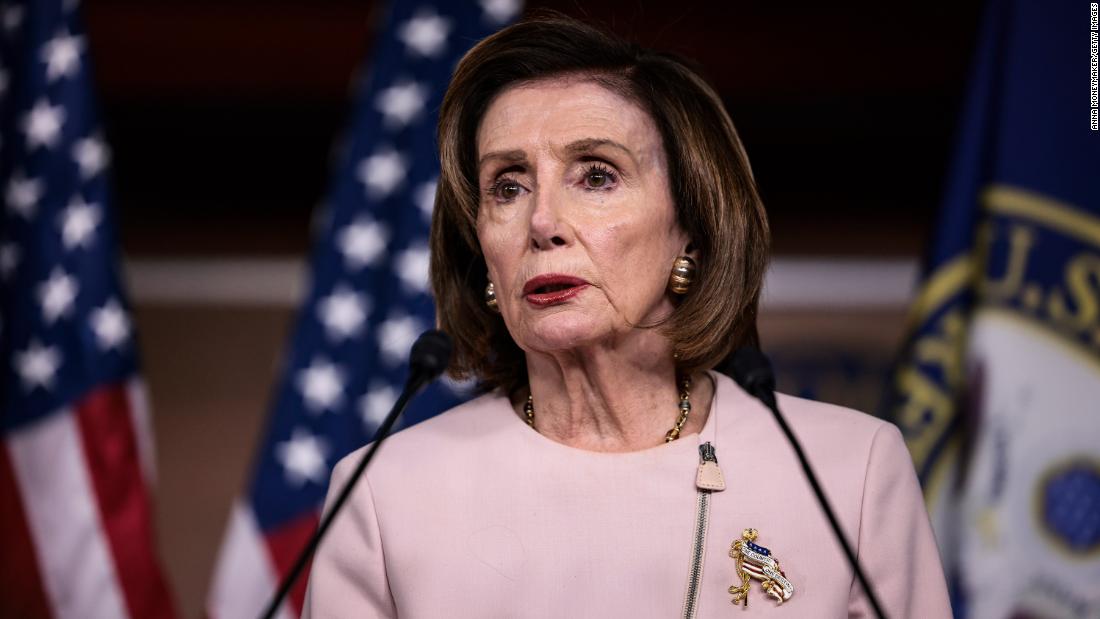