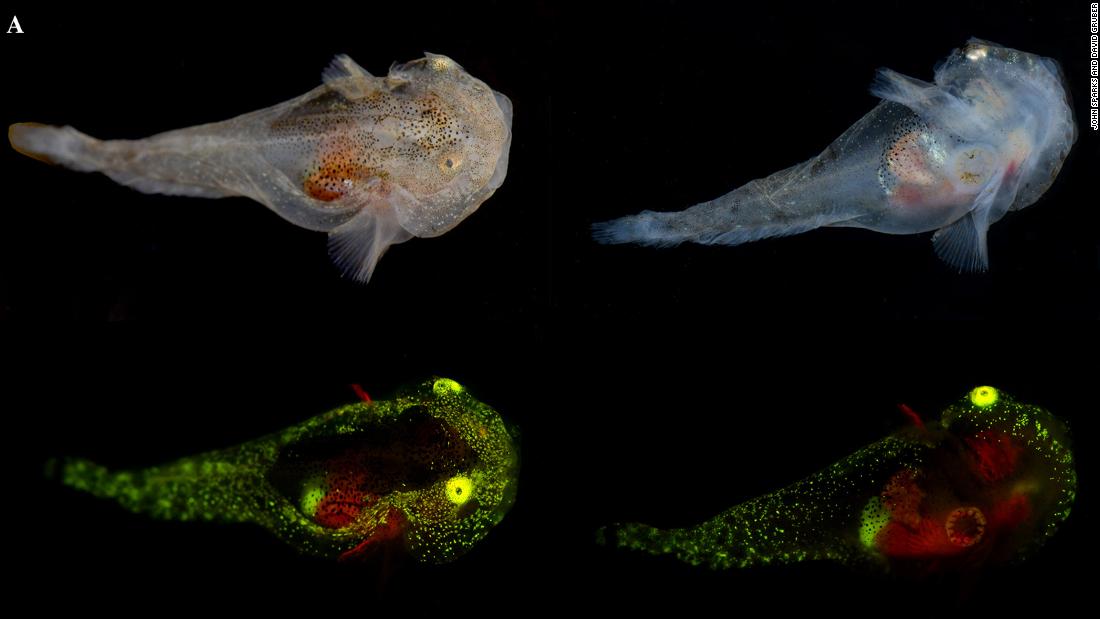 The variegated snailfish is full of naturally occurring antifreeze proteins at previously unseen levels that help it survive in subzero waters, according to new research. The snailfish, known as Liparis gibbus, is also distinctive thanks to biofluorescence, which makes it glow in green and red.

Biofluorescence occurs when animals have the ability to convert blue light into green, red or yellow light. This trait is incredibly rare in Arctic fish, who live in extended periods of darkness. So far, the variegated snailfish is the only known polar fish to have this glow.

Gruber and Sparks collected a juvenile snailfish only about 3/4 inch (1.9 centimeters) long — about the size of a fingernail — compared with the average 4.5-inch (11.4-centimeter) length of an adult.

The scientists wanted to learn more about the snailfish’s biofluorescent properties when they stumbled on something else in the fish’s genetics: the highest expression levels of antifreeze proteins ever observed.

“Similar to how antifreeze in your car keeps the water in your radiator from freezing in cold temperatures, some animals have evolved amazing machinery that prevent them from freezing, such as antifreeze proteins, which prevent ice crystals from forming,” said Gruber, a research associate at the American Museum of Natural History and distinguished professor of biology at the City University of New York’s Baruch College, in a statement.

“We already knew that this tiny snailfish, which lives in extremely cold waters, produced antifreeze proteins, but we didn’t realize just how chock-full of those proteins it is — and the amount of effort it was putting into making these proteins.”

As Arctic waters continue to warm due to the climate crisis, however, the future of the variegated snailfish, with its remarkable adaptation to the cold, is uncertain, said study coauthor John Burns, senior research scientist at the Bigelow Laboratory for Ocean Sciences in East Boothbay, Maine.

The journal Evolutionary Bioinformatics published the findings on Tuesday.

Polar oceans are extreme environments for marine life and only creatures who have adapted to live within the freezing temperatures can survive there.

Some species of insects and reptiles can survive if they experience partial freezing of their body fluids, but fish can’t. Antifreeze proteins, produced largely in the liver, prevent large ice grains from forming in their cells and body fluids.

The snailfish is particularly intriguing because it has two different types of gene families that encode the antifreeze proteins: type I and type IV.

“The genes coding for type I antifreeze proteins are likely recent additions to the fish genome and may be actively expanding to additional copies,” Burns said. “It’s like catching evolution in action.”

The fact that the scientists uncovered so much genetic detail in one juvenile snailfish captures what happens as the fish grows and develops, Burns said.

“We see that in addition to growth, this juvenile fish must also invest heavily in protecting itself from freezing,” Burns said. “The amount of RNA the fish is making for protection from freezing is on par with what it invests in fundamental cellular machinery, the stuff that makes its cells in the first place.”

So far, scientists don’t know if there is a link between the biofluorescence and antifreeze proteins.

But warming temperatures in the Arctic could pose a threat to the very creatures who have adapted to survive there — meaning that all of the energy they put into protection from freezing is wasted effort, Burns said.

Some scientists predict that if Arctic sea ice continues to decline at its current rate, the Arctic will be ice-free within the next three decades, according to the study authors.

“Arctic seas do not support a high diversity of fish species, and our study hypothesizes that with increasingly warming oceanic temperatures, ice-dwelling specialists such as this snailfish may encounter increased competition by more temperate species that were previously unable to survive at these higher northern latitudes,” said Sparks, a curator in the American Museum of Natural History’s department of ichthyology and professor at the museum’s Richard Gilder Graduate School, in a statement.

Understanding more about antifreeze proteins could help scientists translate their findings into biotech uses, like protecting crops from frost or better determining the freezing properties of meat, Burns said. 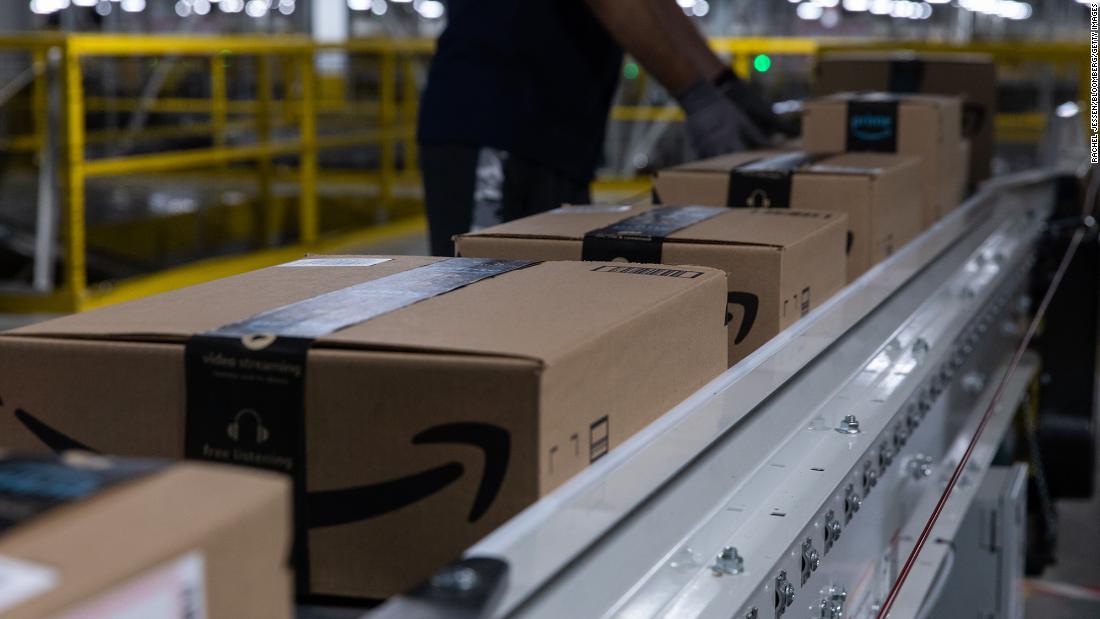 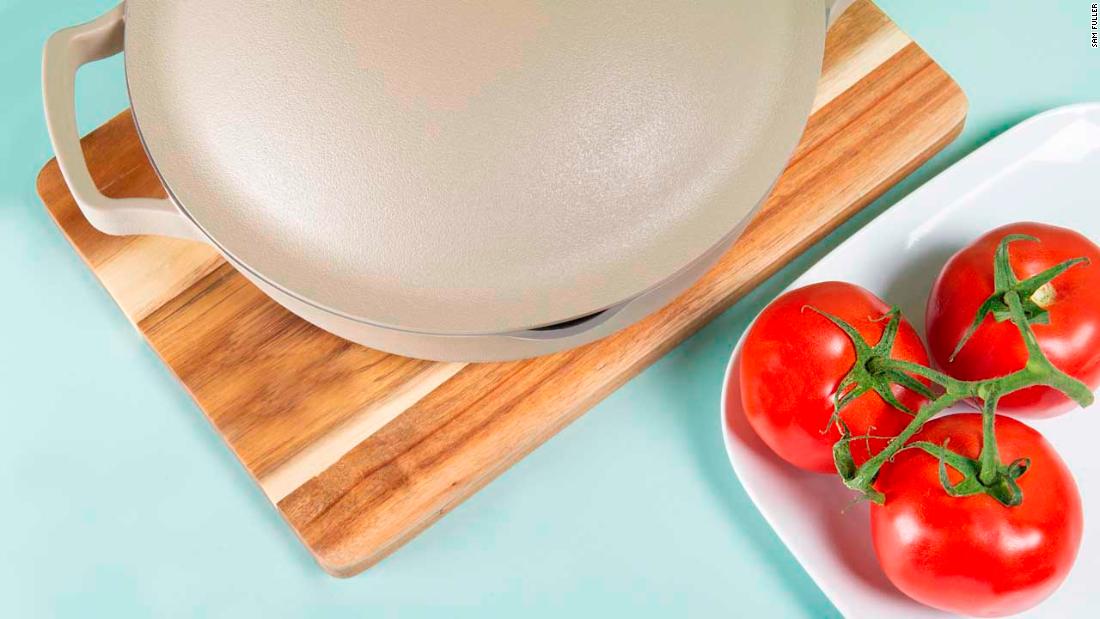