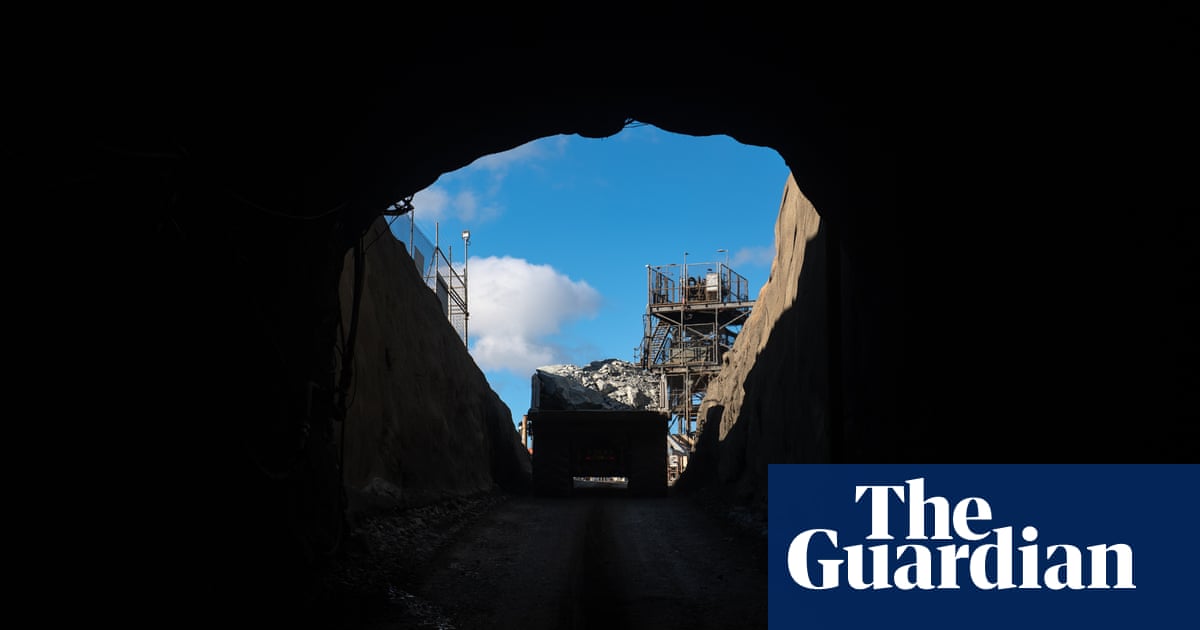 How is this for a commute to work: drive 240km north-west of Melbourne to the outskirts of the town of Stawell. Near sheep grazing in unfenced fields, take a left and gear up: hard hat, steel-capped boots, glasses and an emergency self-rescuer – a portable oxygen source that looks like a cross between a hip flask and a hand grenade. Pass rumbling machinery and then descend 1,025 metres underground.

The office in question is the only one of its kind in the southern hemisphere: the Stawell Underground Physics Laboratory (SUPL), where researchers will hunt for dark matter, the invisible substance thought to comprise around 85% of the universe.

The lab is officially open, and Guardian Australia recently visited with Prof Elisabetta Barberio, the director of the ARC Centre of Excellence for Dark Matter Particle Physics.

It is a half-hour descent via four-wheel drive, deep in the bowels of a working gold mine. John Bourne, the mine’s underground operational superintendent, steers us down a narrow tunnel, past pools of grey dripping wastewater, whirring fans that circulate air, and the remains of a historical shaft from the 19th century, with collapsed wooden beams and rusted metal. (The town of Stawell was founded in 1853, during the Victorian gold rush.) The miners are on lunch break – or, as they call it, crib – so there is less traffic underground than usual.

Numbers scrawled onto the walls mark how deep we have descended. Bourne, who has been at Stawell since 1995, says the mine bottoms out at 1,640 metres, but is flooded at depths beneath the physics lab. “The lowest we work down to [for gold] is probably 400 to 500 metres,” he says.

Halfway to the lab, Bourne stops the car and turns all the lights off. Our eyes try and fail to adjust to the darkness – it is overwhelming, almost solid, and it is difficult not to think about the hundreds of metres of rock above separating us from clear sky.

This dark place is a fitting location to hunt for dark matter. Even though we can’t see it, “we are surrounded by dark matter all the time,” says Barberio, a physicist at the University of Melbourne.

What exactly is it? Scientists are not entirely sure. They know dark matter is something that has mass, but does not absorb, emit or reflect light. They think it must hardly interact with ordinary matter – the visible stuff that we, Earth, stars and galaxies are made of. But if it does, Barberio and her colleagues want to see it. They are setting up a dark matter detector deep underground, where it will be shielded by rock against cosmic rays – high-energy particles from outside our solar system that rain down on Earth.

When we arrive at the lab’s entrance, the tunnel opens out into a high-ceilinged cavern. Above ground, it is a sunny, cloudless winter day – a brisk 11C. Below, it is balmy and the air is thick with humidity. The deeper underground you go, the hotter it gets – heat flows from the Earth’s interior toward its surface.

Outside the lab, the ground is uneven and rocky, and our boots kick up dust with every step. Inside the lab, there are clean, bright cement floors and, surprisingly, air conditioning. We enter into a large rectangular room with ceilings around 12 metres high. It has all the makings of a regular laboratory: gas and electricity lines, a drainage area and shower for chemical spills. On the far side of the room, Barberio points out a nine-tonne overhead crane under which the detector will be mounted.

The detector will consist of seven cylinders of sodium iodide crystal, encapsulated in copper tubes. These will be submerged in a liquid called benzene, and encased in 200 tonnes of steel.

The aim is to detect a theoretical particle of dark matter known as a wimp – a weakly interacting massive particle. The idea is that a collision between a wimp – theorised to be around the size of an atom – and ordinary matter would result in energy detectable as light. The sodium iodide crystal should, in theory, flash if dark matter collides with it.

If an experiment like this were to take place on the surface of the Earth, Barberio says, the noise from cosmic radiation would drown out any true interactions between dark matter and the detector.

Once the detector is running, staff will have to remove their safety gear and shower on entry, to minimise potential sources of radioactivity. Machinery will be vacuumed down to remove dust. The walls of the lab – bumpy and slightly soft to the touch – have been sprayed with shotcrete, a sealant which minimises the emission of radon, a radioactive gas, from the underlying rock. Will anything be banned from entry? “Bananas!” Barberio exclaims. Rich in potassium, they are slightly radioactive.

While astrophysicists can calculate how much dark matter there should be at large scale – within a galaxy, say – they are less certain about the size of each individual particle of dark matter. Think of it like estimating the number of jelly beans in a jar of known size – but you cannot see the jelly beans, and also are not sure how big they are.

Across the country, a separate experiment known as Organ is hunting for an even smaller theoretical particle of dark matter. This particle, known as an axion, would be billions of times lighter than a wimp, says Dr Ben McAllister at the University of Western Australia.

While the Stawell underground experiment is trying to observe collisions between dark and ordinary matter, axion detection aims to directly convert dark matter into light, McAllister says. Organ, Australia’s first dark matter detector, has already been able to rule out the existence of axions of certain sizes.

There is evidence for dark matter in the movement of galaxies including our own. Most galaxies rotate too fast for the gravity only to come from ordinary matter, the theory goes, so there must be something invisible holding them together. Dark matter is like a “cosmic ghost”, McAllister says. “We can’t see, touch or feel it, but we can sense that it’s there.”

“We’ve got computers, we’ve got modern medicine, we’ve got spaceships … We built all that stuff understanding just one-sixth of the matter in the universe. There’s five times as much [dark matter] and we have almost no idea what it is. So to me, the idea that it’s not worth looking for is a bit hard to swallow.”

The set-up at the Stawell Underground Physics Laboratory closely resembles another detector, which has been collecting data beneath Gran Sasso mountain in Italy for two decades. The Italian project claims to have detected dark matter, but its findings have been controversial.

The Italian detector has picked up a fluctuating signal that peaks each June and wanes in December, thought to correspond with Earth passing through a theoretical halo of dark matter. The direction of Earth’s orbit means its velocity in the galaxy also peaks in June – the faster Earth moves, the thinking goes, the more dark matter particles you detect.

Other scientists are highly sceptical. At least six groups globally, including the Australian effort, are trying to replicate the findings of the Gran Sasso experiment. Research in South Korea and Spain has so far failed to corroborate the Italian results, and a preprint released this week suggested a similar signal could be artificially produced through data analysis.

If the same fluctuation were to be detected in the southern hemisphere, with its opposite seasons, “it means the signal comes not from seasonal variation but from dark matter,” Barberio says. “It would be one of the major discoveries of the century.”

How to get the latest news from Guardian Australia

As we leave the lab and drive back up through the Earth, we are caught in the dusty wake of a truck. Barberio seems thrilled by the months ahead. The team hopes to have the detector operational by next year.

The lab is equipped with fibre-optic internet, and cameras will be set up. It means that Barberio and her colleagues will be able to monitor the experiment without – as unusual as they are – daily commutes underground. 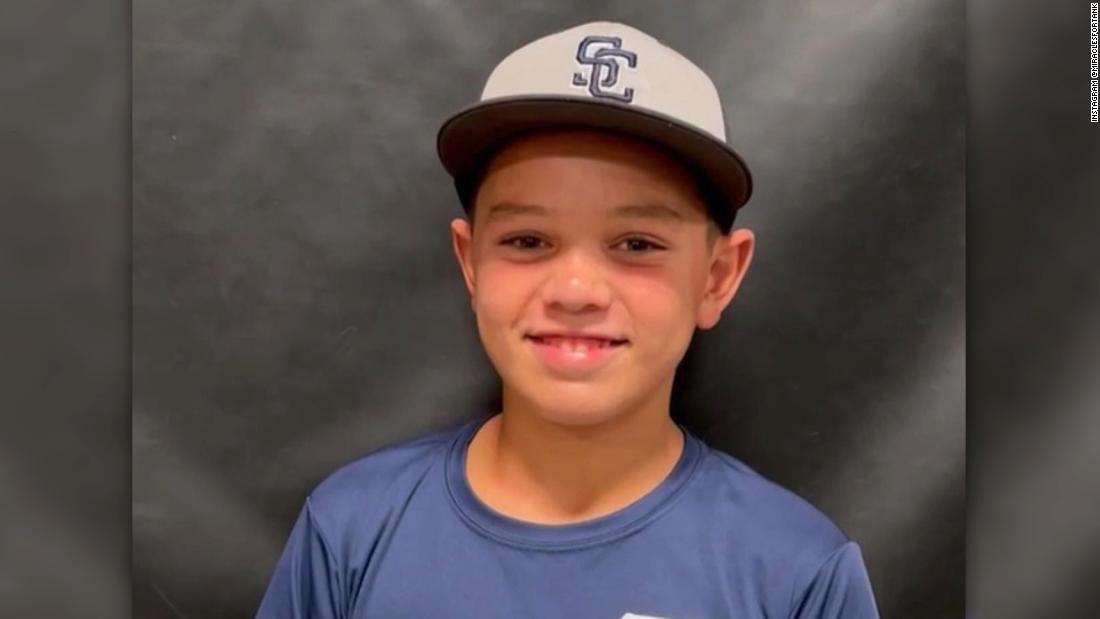 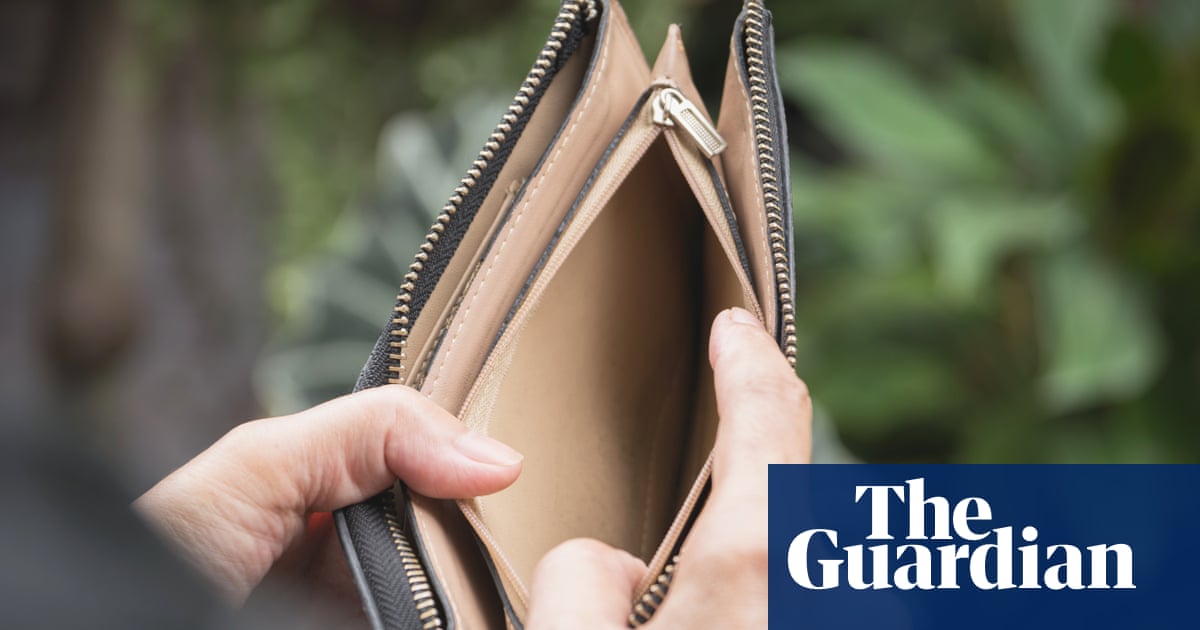