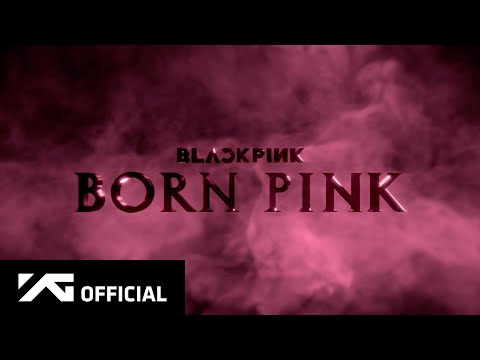 The biggest girl group in the world is back with a venomous vengeance. Blackpink, the K-pop quartet and 2019 TIME 100 Next honorees, are set to drop their second album, Born Pink, on Sep.16. And their massive fanbase, called BLINK, is ready—the album has reportedly racked up more than 1.5 million presales and will be followed by a first-ever performance at the MTV VMAs later this month and an exhaustive world tour commencing in October.

On Aug. 19, the group will release the album’s first single, “Pink Venom,” into the wild. We don’t know much about it, but fans are definitely curious: a video promo for the track has already amassed an impressive 20 million views. The group has also teased an accompanying #PinkVenomChallenge that is all but certain to take over TikTok.
[time-brightcove not-tgx=”true”]

Before you sink your teeth into “Pink Venom,” here’s a primer on what the pop superstars have been up to since 2020, and what to expect next.

Read more: The Best K-pop Songs and Albums of 2022 So Far

Blackpink are a four-member girl group under YG Entertainment, a leading Korean entertainment agency behind iconic acts like 2NE1 and Big Bang. The quartet—Lisa, Jisoo, Jennie, and Rosé—debuted in 2016 with the beguiling “Whistle” and bombastic “Boombayah.” Their effortless, it-girl style and cool confidence charmed the global fan base who would come to be known as Blinks—and rocketed them to the top of music charts around the world.

The name Blackpink represents the group’s two sides: the darker, mature “black” and the sweet, girlish “pink.” Their music reflects this duality, thematically and sonically jumping between heartbroken pop laments and bubblegum bops to cavalier indifference and tongue-lashing ferocity.

The last time we heard from the group was in 2020, when they dropped their first full-length album, aptly titled The Album. It featured cameos from Cardi B and Selena Gomez and shot to no. 2 on the Billboard 200 chart, selling more than 1.2 million copies, a first for any K-pop girl group. Singles “How You Like That,” “Ice Cream” (featuring Gomez), and “Lovesick Girls” were global smashes, cementing Blackpink’s status as pop royalty.

Read more: The 4 Biggest Takeaway’s From Blackpink’s The Album

Why are Blackpink the biggest girl group in the world?

The quartet are globally recognized record-breakers, style icons and girl-power proponents, in addition to musicians. They’ve risen to stardom on the world stage by pairing their musical prowess with Instagram-ready style and aspirational poise. Blackpink don’t just sing your favorite songs, they’d be cool big sisters or best friends. They grace runways, stages, and social media feeds, and their reach extends past music: the girls were official advocates for the 2021 United Nations Climate Change Conference in Seoul and have served as models and global ambassadors for dozens of brands, from sportswear staple Adidas to e-gaming giant PUBG.

Their music has been consistently praise-worthy since their debut, thanks to steady guidance from producer Teddy Park and the team at YG. Jennie and Lisa’s raps, always delivered with a thrilling bite, are countered by the silky sweetness of Jisoo and Rosé’s vocals. Together, they make music that reflects the contrasting colors of their name.

Blackpink are the highest-charting female Korean act on the Billboard Hot 100 and were the first girl group to top Billboard’s Artist 100. In 2020, their single “How You Like That” tied with the The Pussycat Dolls and The Chicks for highest charting single by an all-female group on Billboard’s Digital Song Sales chart.

On YouTube, Blackpink are nearly untouchable as the most subscribed music act on the platform and the first music group to have five music videos accumulate more than one billion views each. Their music video premieres regularly set records for being the most watched on YouTube in the first 24 hours of their release.

Blackpink has also led the pack as the first Korean girl group to play Coachella. They have collaborated extensively with other top musicians, including featuring on Lady Gaga’s “Sour Candy” and Dua Lipa’s “Kiss and Make Up,” in addition to their work with Cardi B and Selena Gomez.

What do we know about Born Pink?

Honestly, not much. In true Blackpink fashion, the group has released very little info aside from a handful of cryptic teasers for “Pink Venom” that show the members standing between two large sets of black glittering fangs. They are adorned in blacks and pinks, with their signature nail art catching the light. Listen closely and you’ll hear the girls chanting ‘Blackpink” in a teasing schoolyard lilt.

We did get a very promising sneak peek into the album’s production earlier this week. In an interview, hitmaker and OneRepublic frontman Ryan Tedder, who also worked on their Cardi B collab “Bet U Wanna,” recounted working with the members to co-write a track and noted that he had written several other songs for the album. In an interview with Good Morning America last month, he said, “From what I’ve been told, and the stuff that I did with them, I can just say is very true to their sound.”

What has Blackpink been up to since releasing The Album in 2020?

The members each have thriving solo careers in addition to their work as a group. On Instagram they boast more than 60 million followers apiece, making them some of the most followed people on the platform.

After the massive success of Jennie’s 2018 solo single “Solo,” Rosé released her debut solo single album R in 2021. It sold more than 440,000 copies in its first week, the highest to date for a Korean female soloist. Lisa’s subsequent 2021 solo debut, Lalisa, sold over 736,000 copies in its release week, proving Blackpink’s only competition is each other.

As Rosé and Lisa focus on music, Jisoo and Jennie have both been investing time in acting, with Jisoo appearing in controversial drama Snowdrop and Jennie slated to make her debut in HBO’s 2022 series The Idol, from the creator of Euphoria.

Blackpink’s public image is closely intertwined with fashion, and the members’ taste and style have a seismic impact on social media, sending ripples across the fashion industry and often causing items to sell out. The group is so commercially appealing that, besides their fans, Vogue said, “no one loved Blackpink more in 2021 than the fashion industry.”

The members are front-row fixtures at fashion weeks around the world and frequent collaborators, models, and muses of high fashion houses. Lisa is an ambassador for Celine, Bulgari, and MAC Cosmetics, Jisoo for Cartier and Dior, Jennie for Calvin Klein and Chanel, and Rosé for Tiffany & Co and Saint Laurent. In Sep. 2021, Rosé was the first K-pop idol to attend Vogue Met Gala.

Promotional images and videos for “Pink Venom” show the quartet smoldering in baby pink cutout ensembles from Mugler. Women’s Wear Daily, who says the group leverages fashion “better than any girl group before it,” reports that it’s the first time a single brand has all four members at once. “[I’ve] never known a group of people so powerful,” Mugler’s creative director Casey Cadwallader told WWD. “Their fans are so loyal and energetic, I’ve never experienced anything like it—it can feel like they’re more famous than Michael Jackson.” 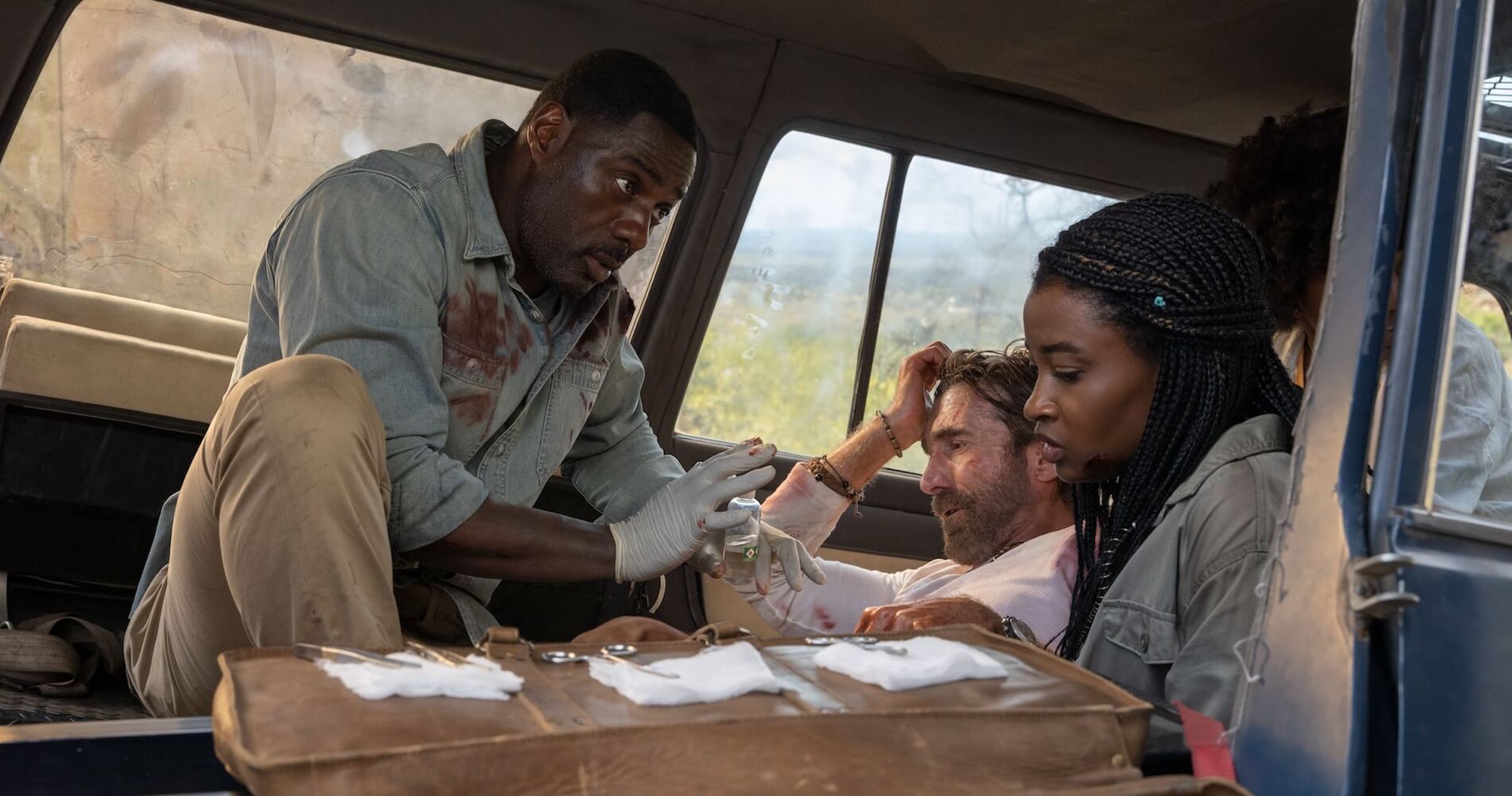