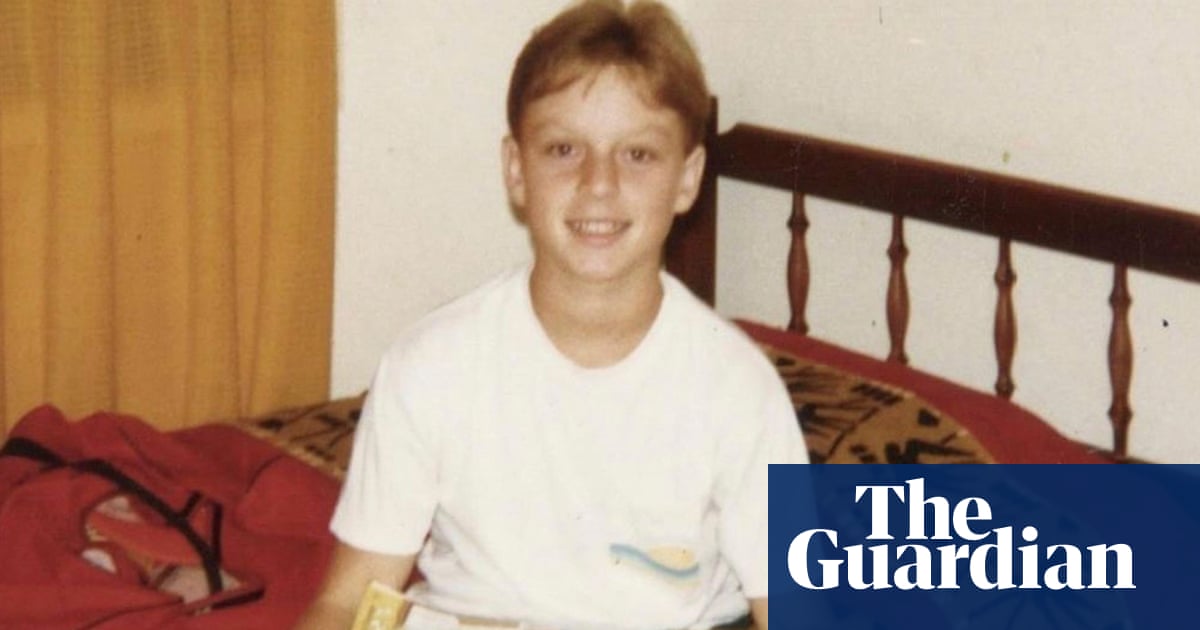 Singer-songwriter Darren Hayes was born in Brisbane in 1972. His journey to stardom began in 1993, when Hayes responded to an advertisement in a newspaper written by Daniel Jones, a local musician searching for a vocalist to front his covers band, Red Edge. Hayes and Jones would go on to form the duo Savage Garden, releasing only two albums but selling more than 25m records globally and creating some of the definitive ballads of the 90s: Truly Madly Deeply, To the Moon and Back and I Knew I Loved You. Hayes went on to forge a successful solo career, and his new album, Homosexual, is out on 7 October. He tours his greatest hits in March 2023.

This photo isn’t what it appears to be. It looks like a sweet setup of a 12-year-old boy smiling in his bedroom with the world on his lap and a poster of his favourite artist behind him. What you can’t see are the other rooms in that house, with holes in the walls patched up with putty. Or how unhappy I was, with a violent alcoholic father who would physically abuse my mother.

This abuse went on from as far back as I can remember until a few years after this photograph was taken, when my father stopped drinking. In the 1970s and 80s, nobody talked about domestic violence; my mother was always very ashamed of what was happening and we were forbidden to speak about it to anyone. She would have hated it if the neighbours knew. As a result, my siblings and I became adept at surviving: we figured out how to get the putty from the hardware store to patch up the walls he’d punched, and my 12-year-old sister learned how to drive so we could get our beaten and bruised mother in a car if we needed to. Family members were aware and tried to help as much as they could, but everything was about keeping up appearances.

I grew up in Slacks Creek next to Woodridge, a working-class neighbourhood south of Brisbane. We had very little money, and there were five of us living in a small two-bedroom house full of trauma. What made life more complicated was that during that period of turbulence, my sexuality began to emerge. I was having crushes on boys at school, and I was afraid of what might happen if anyone found out. I was being horribly bullied because I stood out – I was sensitive, and loved to sing and dance. I learned very quickly that there was something inside me – even if it was just a subconscious thought – that was repulsive. The first person to call me a “faggot” was my father.

In the years that followed I became a good student, a lovely little boy with great manners – a real teacher’s pet. I turned up those qualities as a survival skill, to try to be loved. I developed all the traits a mother knows how to nurture, qualities that are feminine, such as empathy, to ensure I could stay close to her. I was afraid of severance.

That Michael Jackson picture on my bedroom wall became a prize possession. It was the closest I could get to listening to his music. I couldn’t afford to buy the album, but I found this cheap poster at a state fair. I was a huge fan, but didn’t realise he would inform the trajectory of the rest of my life. In 1987, I was able to attend his Bad tour. I got a cheap field ticket to a stadium show nearby, but when I got there it was upgraded, so I was able to get to the front. The world’s biggest star in his imperial phase; I couldn’t believe what I was witnessing. I was screaming out: “I love you, Michael!” and some girls behind me were pulling my hair and kicking me, and telling me I was gay for saying that. I didn’t care. In that moment, I made a pact with the universe that I would be on stage one day. Because of that show, I was able to imagine my way out of my sadness.

Ten years later, I would sell out that same arena twice with Savage Garden. My mother would divorce my dad. I was able to buy her a house, and that sad little boy, through the power of imagination and maintaining an innocent heart, managed to create a happy ending.

When I used to speak about my childhood I would stutter. I was kind of frozen. It was a manifestation of PTSD, a dissociation I had created as a coping mechanism when I was young. A therapist asked if I had ever really cried about what had happened, and I hadn’t. I couldn’t feel anything. I often wonder if that was why I found it so hard to come out as gay – I dissociated from that part of me in a lot of ways; it was too hard to face.

I used that same mechanism throughout my career. I created a persona, a pop-star version of myself. The authenticity was there, the lyrics and the performance were real, but when I see old photos I look like someone in witness protection. I changed my natural hair and wore blue nail varnish. The persona allowed me to be one step removed, to deal with fame, the frenzy, which I realised was a toxic environment. The downside was I didn’t get to experience the validation the group got: the Billboard No 1 singles, the applause and love. They all happened as a result of the music we made, but the sensations of celebration missed me. Then there was the adrenaline spike of walking out at a packed venue. It was only later on I realised why: it was the same sensation I felt when my father was running and lunging at us. It was normal, familiar.

I still managed to have plenty of highs that I’ll never forget, though, like singing with Pavarotti or performing at the closing ceremony of the 2000 Olympic Games in Sydney. As I get older, I am finding more joy and authenticity in being myself as a performer. That character I had created – that avoidance – it faded after I married my husband.

It all started with a tour I did in 2006 called A Big Night in with Darren Hayes. For that, I threw away the persona, and the curtains parted and my whole entourage was on the stage with me: there was my personal assistant, some friends and my husband. I treated the audience as if they were in my living room. That was the first step. I was married at the time, but none of my fans knew it – so soon after that I posted a message on Myspace that read: “I just wanted you to know that I married my boyfriend of two years the other day.”

After that, the information was out there, and there was no rug left to pull from underneath me. I’d been carrying around this fear for so long and had worried there was something about me that was unlovable. But instead I realised I didn’t need to have black hair, or swagger – I could be myself and people would still turn up. I started to be more camp, and I was a little embarrassed I’d underestimated the compassion of the public.

A lot of the weight I’d been carrying around was self-imposed. It became confused with everything I had been through when I was a child. It’s a shame it took me so long to get to that point – but I’m grateful I arrived. 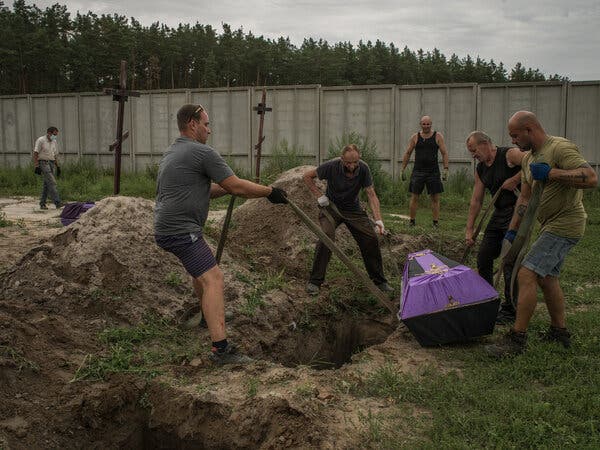 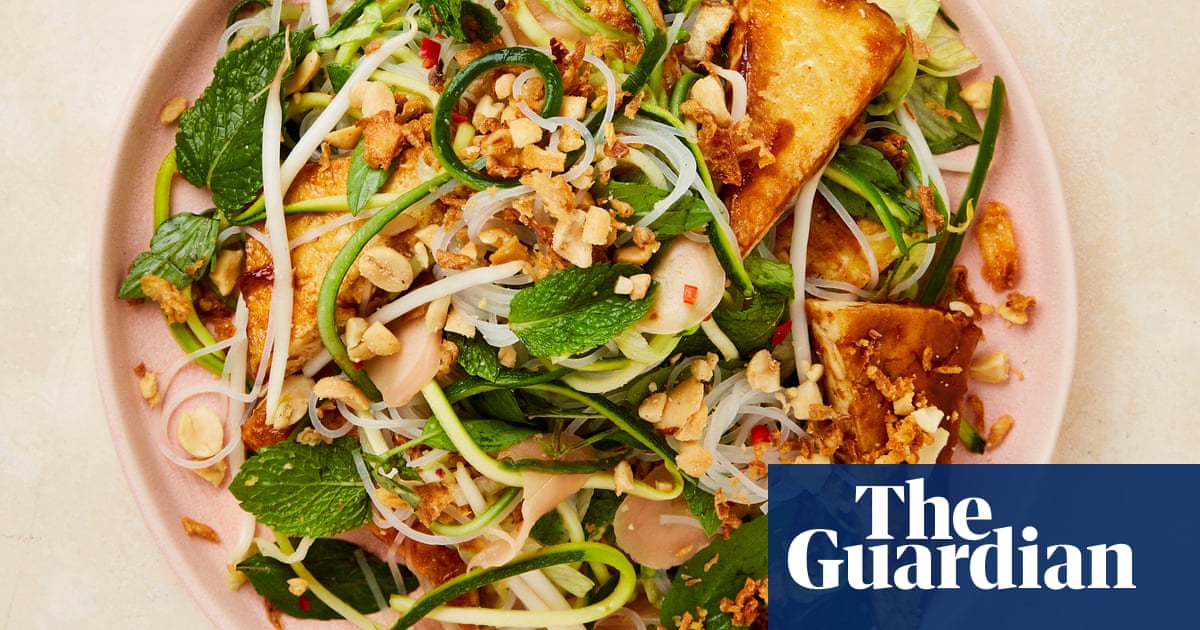