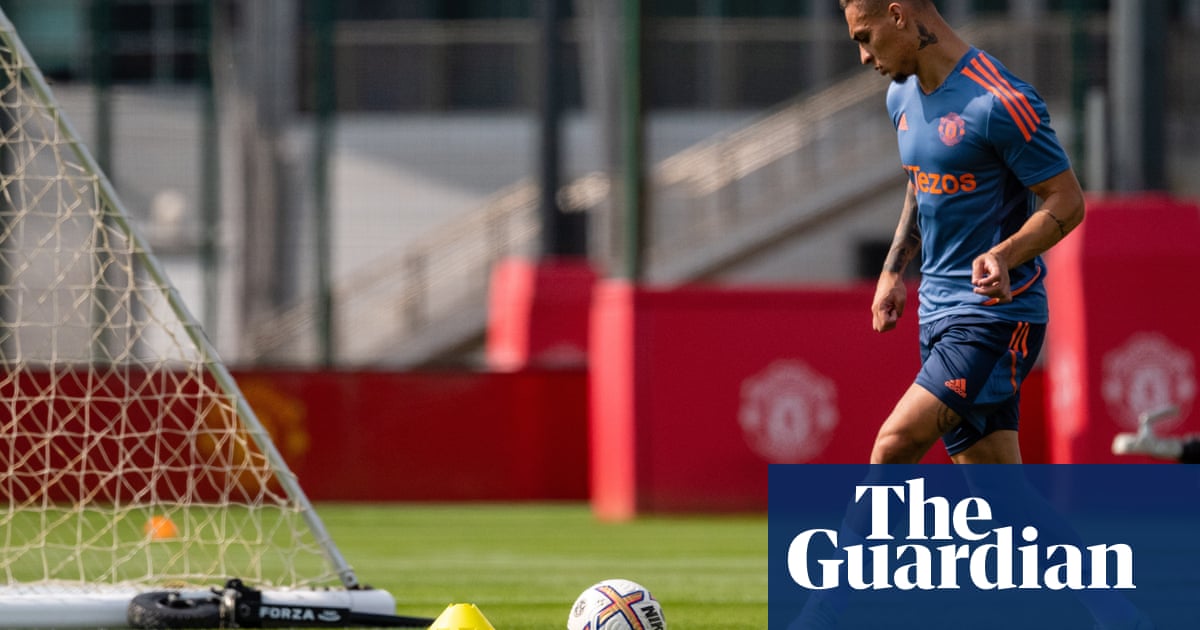 Just who is Antony? A villain? A socialist? A football magician or a crybaby? In the Netherlands people still don’t know after two years watching the Brazilian play for Ajax. But after his switch to Manchester United for €100m (£85.6m) last week, the one thing that they all agree on is that that nine-figure transfer fee is ludicrous.

Yes, he is a master football technician, the likes of which we had rarely seen before. But not wanting to play two matches for Ajax and an explosive interview to force a transfer have caused a lot of bad blood here.

Still, it is hard to ignore his big, generous heart. Take, say, his goal celebration. Among Brazilian footballers who grew up in a favela, it is common to pay tribute to their old friends. With a certain gesture they say: “I have not forgotten you, I know where I come from.” But when Antony makes the letter “L” with his fingers after a goal, it is not intended for his pals in Osasco, a São Paulo suburb also called Inferninho, or “Little Hell”. It is not even for his son, Lorenzo.

No, the “L” started out as a tribute to Larissa, a seven-year-old Brazilian girl recovering from cancer whom he met in 2019 when Antony Matheus dos Santos began to make an impact at São Paulo FC. The winger shaved his head after winning the São Paulo cup with his club in support of the girl whose eyesight was deteriorating and he visited her regularly. They are still in contact. “Larissa will always be in my heart, she is a great source of inspiration for me,” Antony told the Dutch newspaper Trouw.

Such concern for the plight of others is in stark contrast to his attitude towards Ajax during his final weeks at the club that brought him to Europe two years ago for €15.75m and sold him to United for a Dutch record fee.

When he arrived in Amsterdam, Ajax made him feel at home. There was even a special song, Bem-vindo Antony (Welcome Antony), sung by his new Brazilian teammates David Neres and Danilo and the singer Sarita Lorena. Antony felt comfortable and safe in the Netherlands, he said in February. “I can normally do my shopping here on the street and in peace. People are cheerful and the supporters are sweet.”

But he had already indicated to Fabrizio Romano that he wanted to leave. He had bigger dreams. For most Brazilians, playing in the Dutch league is a first step to better-paid moves to other European clubs.

And the thing is, Antony will never forget where he came from. One of his many tattoos reads: “Whoever comes from the favela knows what happened there.” In Little Hell his whole family slept in one room, there wasn’t always money for food let alone football boots and they never felt safe from the violence of drug traffickers. Getting himself and his family away from that place was his biggest motivation.

Antony’s star has risen considerably since his arrival in Amsterdam. After a good first season he earned an Olympic gold with Brazil in Tokyo in the summer of 2021 and has become an established member of the national team. Last season, Ajax made a big impression in the Champions League, winning all their group matches with Antony in great form.

Even more than in his first season, he linked efficiency to entertainment. His trademark move is controlling a cross-pass behind his leg while floating in the air like a ballerina. Antony accelerates so fast that he can pass opponents from a standing start. He can cut in from the wing and shoot for the far corner with his left foot. He also found Sébastien Haller flawlessly (especially away against Sporting) with passes using either the inside or outside of the foot.

Erik ten Hag, now his manager at United, played a big role in his development while in charge at Ajax, demanding a top-class performance from Antony in every game, not just the big fixtures. He defended him after Antony’s histrionics after being injured against Feyenoord. “I wish more players had his temperament, his will to win,” Ten Hag said afterwards. When Ajax won the title they were dancing together.

Ten Hag praises Antony for his continuous threat, his quick adaptation to European football, his speed and ambition, his fearless mindset. Ten Hag is a team builder but knows he needs players with the ability to prise open tight defences. Without the injured Antony, Ajax’s form dropped off in the final months of last season. Ten Hag put that down, for a big part, to the absence of Antony. Ajax’s attack became too predictable without him.

But he has his critics, too, in the Netherlands. Marco van Basten, no less, has said: “He plays so childishly.” Also that Antony loses possession too often, that there are misunderstandings with his teammates and he had only 24 goals and 22 assists in his 82 games for Ajax. Van Basten said: “I don’t like his shooting either. In international football it’s all about stats, about goals and assists, I’m not impressed with that.”

Speaking on the same TV programme, Rondo, Van Basten’s former teammate Ruud Gullit wondered whether Antony is ready for the Premier League. “It’s so tough,” said the former Chelsea and Newcastle manager. “You just have to have a lot more experience, do a lot more. It’s much faster physically.”

Yet most Ajax fans are sad about Antony’s departure, with some even demanding a discount on their season ticket. It’s in the club culture that entertainment is almost as important as winning. Antony thrived in that atmosphere.

But the dominant feeling is the amazement about the astonishing amount of money that has been paid for the 22-year-old. It was proposed on social media that the club’s director of football and former United goalkeeper Edwin van der Sar, just like at the time of the transfer of Donny van de Beek to Old Trafford, would again place an advertisement in the Manchester Evening News. This time it would not be a sweet letter to keep a close eye on their former pupil. Rather it would be an image of himself and other members of the Ajax board laughing their socks off while smoking cigars and swigging from bottles of champagne in a bath full of banknotes. 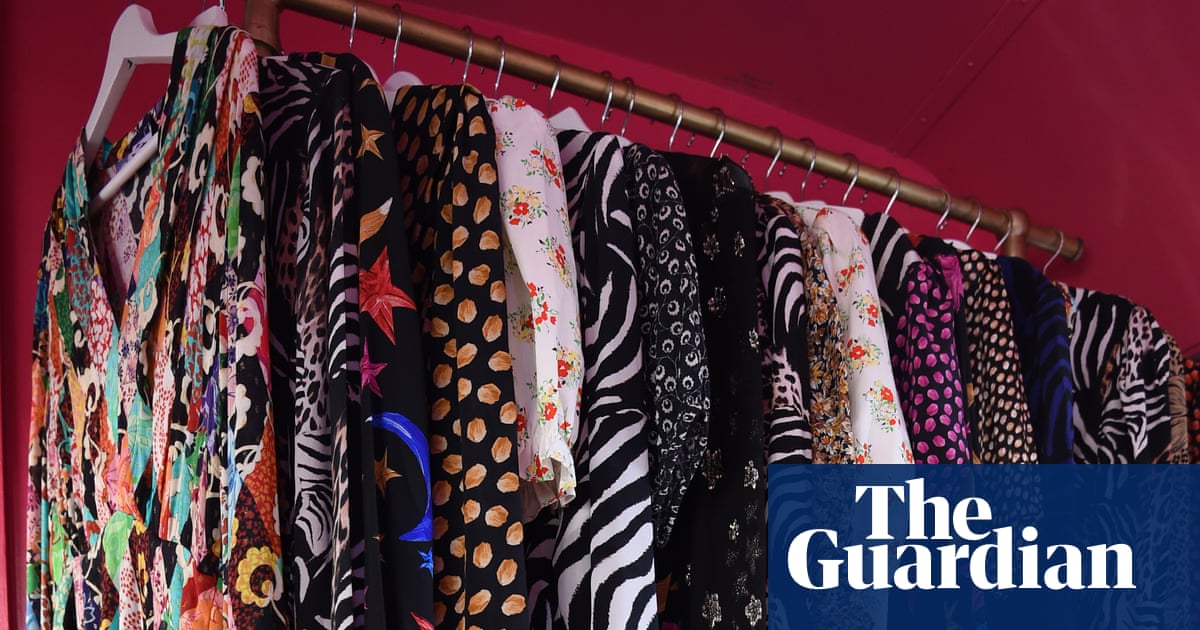 Previous post Fashion deals: how to bag a bargain, from sales to secondhand 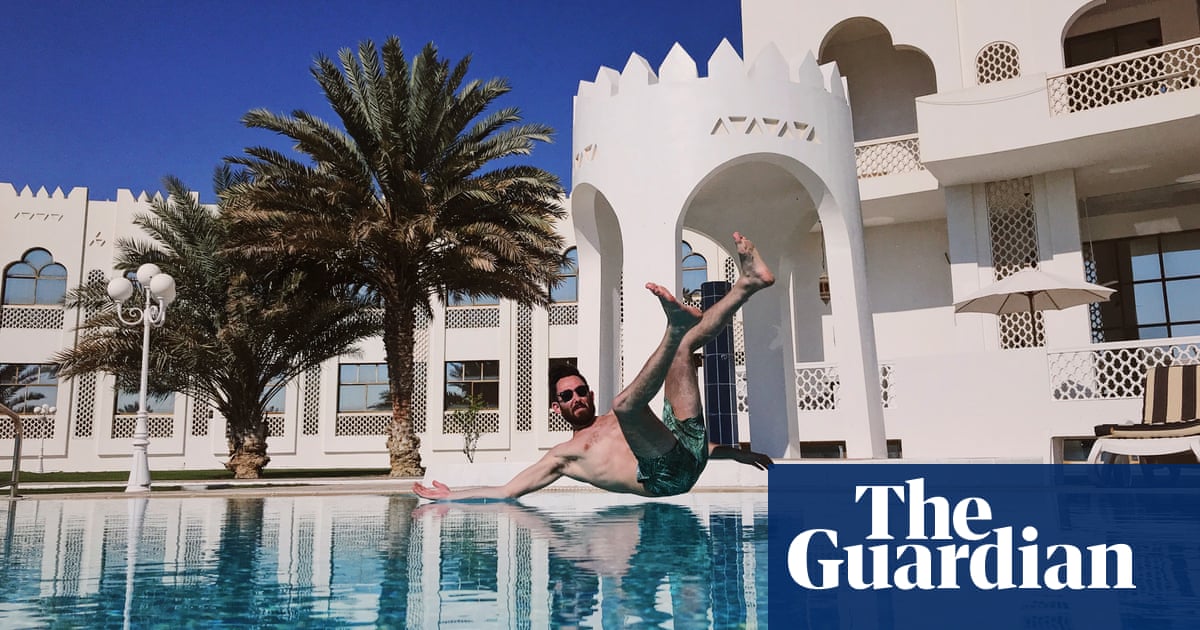