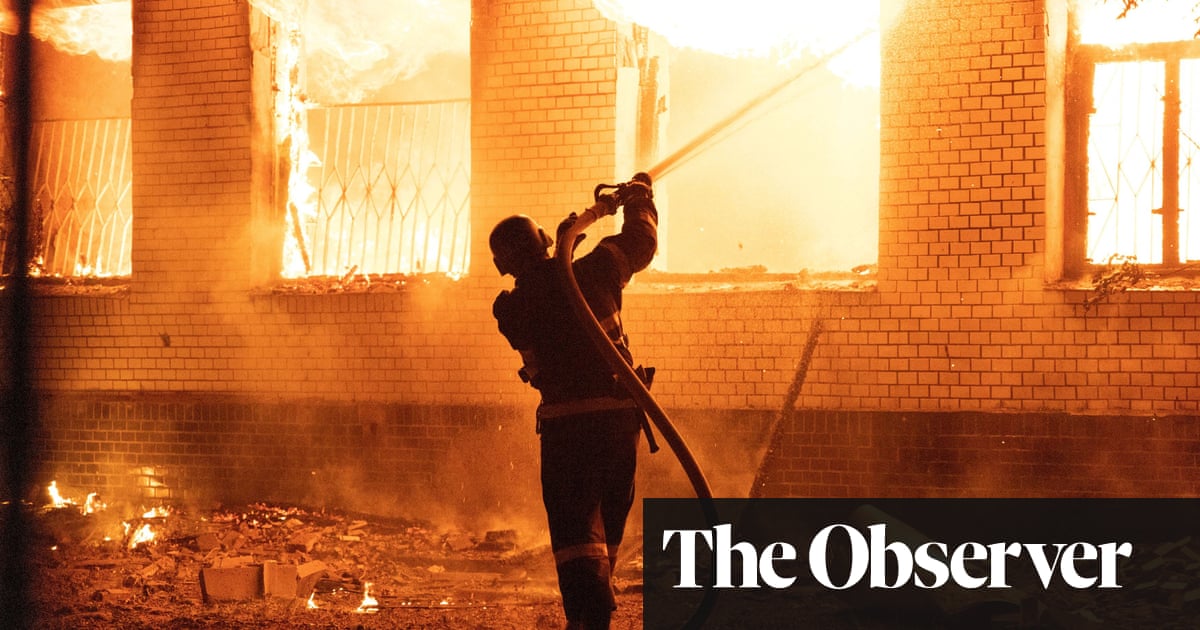 Dimitry Fedorenko dons his white doctor’s coat for the first time since 1 August, many long weeks ago.

That was the day that Mykolaiv’s main civilian hospital took a direct hit from a Russian cruise missile, reducing the trauma centre to charred masonry and its gaping innards, and damaging the main building sufficiently to put the first floor pharmacy, second floor laboratory, third floor gynaecology department, fourth floor urology and fifth floor traumatology centres out of action.

Now, as Ukrainian troops mount a long-awaited offensive against Russians occupying the nearby city of Kherson, the hospital reopens, its reduced staff returning to prepare for patients in a city under constant bombardment. Beside the ruins of the pharmacy, the gnarled remains of hospital beds lie on the asphalt, hurled by the force of the missile blast.

They enter through a now chipboard door, past the metal skeletons of cars caught in the attack. “We’ve received our first patient since the reopening,” says Fedorenko, who heads the anaesthesiology department, “a patient with head injuries from an exploding mine – entry and exit wounds to the skull. We’ll be operating for a brain tumour.”

The battles for Mykolaiv and to liberate Kherson are crucial to Ukraine’s defence of the Black Sea coast. This shipbuilding town is the final barrier between Kherson, 30 miles south-east, and the road to Odesa, which effectively controls the sea.

The Russians took Kherson during the invasion’s early days and entered Mykolaiv, to be repulsed by an audacious Ukrainian counter-offensive. But the city is a ghost of itself, an eerie silence wraps a pluvial summer; there are more dogs scavenging the cratered streets than people desperate or reckless enough to walk them. Roads in and out are manned by one checkpoint after another. About half the population is estimated to have fled, after savage bombardments in June and July; many of the 230,000 who remain are elderly, and unable to leave.

In every direction are remains of civilian buildings that have taken a hit. The morning of our visit, two Russian S-300 missiles slammed into the entrance of Petro Mohyla Black Sea University and destroyed 27 neighbouring houses. Last weekend, Russian missiles missed the main road bridge that connects Mykolaiv to its lifelines west and Odesa.

But as the counter-offensive towards Kherson gets under way, Mykolaiv’s remaining doctors, nurses, paramedics and ancillary staff work on, harder than ever. Before the war, Fedorenko says, “we were dealing mostly with traffic accidents and the like. Now it’s mine explosions and injuries from missile or rocket attacks. When there’s severe combat, or a lot of bombing, there’s a huge workload. Some nights we would get a hundred people, often complex injuries. Since the end of February, we’ve transfused half a tonne of plasma.” Blood is donated by local citizens – “they’ve been fantastic,” he says.

The direct hit came after two nights of ferocious bombardment, starting on 30 July. “That was a terrible night,” recalls Fedorenko, “very scary one for all of us, with a huge intake”. The day after the hospital strike, Russian cluster bombs hit the bus station, killing seven and wounding 14.

“They are destroying hospitals, the university; schools that are empty during summer, the port and shipyards. They want to destroy the fabric of our lives. They hit an oil refinery just in front of my house; even the firefighters’ training centre was hit.”

Fedorenko has worked here for 14 years. His office – “where I slept for the first three months of the war” – is piled high with donated medicines. “We’re well supplied, because the diaspora is organised and there’s a good volunteer network delivering from abroad. The problem is lack of personnel. People are leaving – females with children mainly – and our nurses are mostly female. We are very few left; we’re very close, but there’s depression among the staff.”

The war, says the doctor, “came as a shock, but not a surprise, and there is no vanishing point in this picture”.

Leaving Mykolaiv towards Kherson, we arrive at a base of the 59th Brigade of Ukrainian forces, quartered in an industrial park. From here, it’s a drive south-east towards the frontline, heart in mouth, through final outpost checkpoints on the edge of town, past anti-tank jacks, and over a railway crossing half blocked by an apparently neutralised goods wagon. Then up the slip-road on to the freeway, signed “Kherson”’, heading towards Russian lines now under attack.

Along the deserted highway is a petrol station converted into a forward paramedic depot. An old armoured ambulance is parked, along with two new ones donated from France. Two paramedics are on duty, ready to respond to any call from the frontlines. By coincidence, Teresa Hritsik and Anatoly Sobolevskiy both come from Vinnytsia in western Ukraine, whence they volunteered for this position – as civilian medics but under military command. “Our main task is evacuation as fast as possible of wounded soldiers and civilians – treat them in the ambulance and deliver them to the military or civilian hospitals in Mykolaiv,” says Sobolevskiy.

“We do what we can in the back of the ambulances,” says Hritsik. “Dealing with all kinds of wounds – light to heavy and serious injuries. Soldiers go to the military hospital, and civilians to the one just reopened.”

“The army medics are in the trenches,” adds Sobolevskiy, “and they usually do the primary evacuations, though sometimes we have a military situation ourselves, in the red zone just near here, and find ourselves right on the frontline.”

“We use the usual levels of triage: red for immediate, then yellow, green and blue,” says Hritsik. “Often the primary task is just to stop bleeding, and take it from there.”

Towards the battlefield, she says, most civilians have left. “But there are farmers and other elderly people who don’t want to leave, or cannot and have nowhere to go. Sometimes they’re targeted, sometimes they get caught in the attacks on our military – either way, they’re prisoners of the combat. There’s a man there who will not leave, because he’s waiting for his son to come back from Mariupol.” There’s a silence, pregnant with our unspoken understanding that this could be a wait without end.

Volunteers deliver provisions to the civilians, and “our soldiers often share their rations,” says Hritsik.

“We had to evacuate three of them last week,” adds Sobolevskiy, “a mother and two children, clearly targeted. The Russians don’t see any difference between military and civilian: these people are not side-effects, they are targets of this war.”

Before the conflict says Hritsik, “I was an arthritis doctor. I volunteered in March, seeing the faces of our soldiers returning to Vinnytsia from the front. Ambulances at train stations, hospitals overcrowded. Then I volunteered for the front – I felt the need, I couldn’t have helped any other way. If we can be of use, we must.”

Sobolevskiy was a customs officer on Ukraine’s border with Moldova, in the K-9 service, dealing mostly with smugglers of narcotics and alcohol, with first-aid training. “I tried to protect my country in peacetime,” he reasons, “now I must do it in wartime.”

In a momentary, uneasy quiet, there’s time to hear about a drama that mattered to Sobolevskiy more than he can say: “My labrador dog Saltan got lost and left in Kherson, on 24 February, under occupation.”

Saltan “had a medallion with a phone number on it, and someone found him two and a half months later, starving, hiding in forests from the fighting. I got a call, and that person arranged for him to be delivered to Kherson. I got in touch with a team of my K-9 colleagues; by this time there were fewer evacuation routes, more dangerous – but through a chain of contacts got Saltan delivered to the free territory. We were all completely hysterical when he appeared – my wife, me and Saltan.”

Two huge, deep explosions shake the afternoon air, at a rough distance of three miles. “Cluster bombs from the sea,” says Sobolevskiy, with a knowing flinch. We continue talking about Saltan. Three minutes later: a triple-salvo of similar blasts, much nearer and much louder.

The expressions on the medics’ and major’s faces change instantly. “We go this way,” says Sobolevskiy with sudden decision, pointing towards the detonations, and “you go that way”, pointing towards Mykolaiv. After exchanging handshakes and a wave, we obey, behind the military escort jeep, at speed. 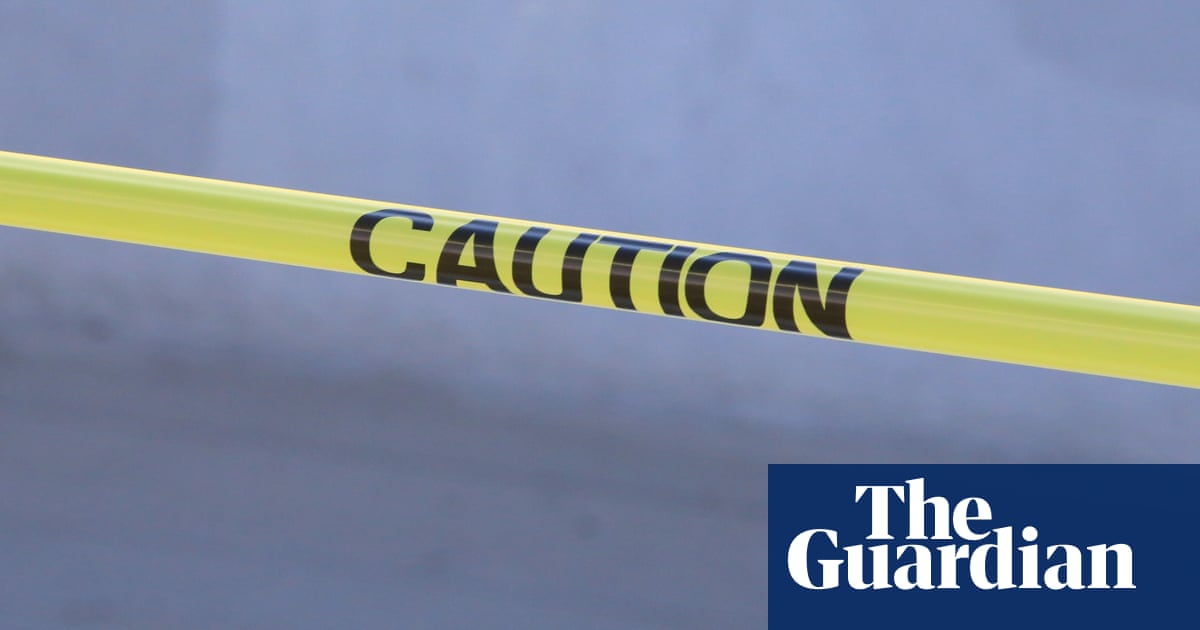 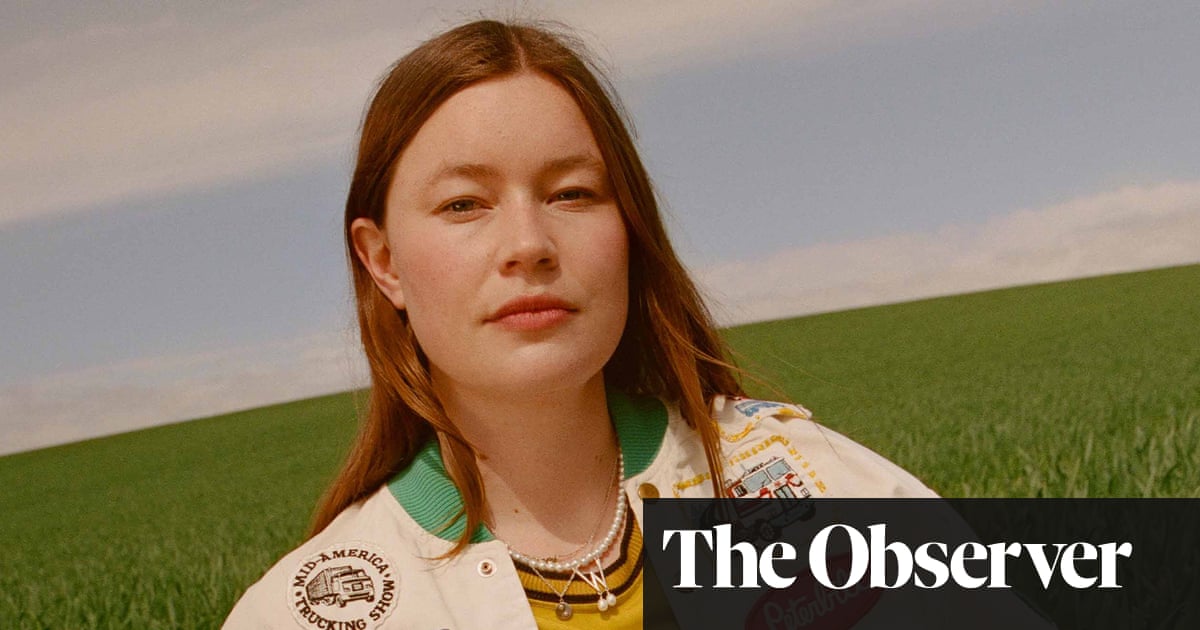