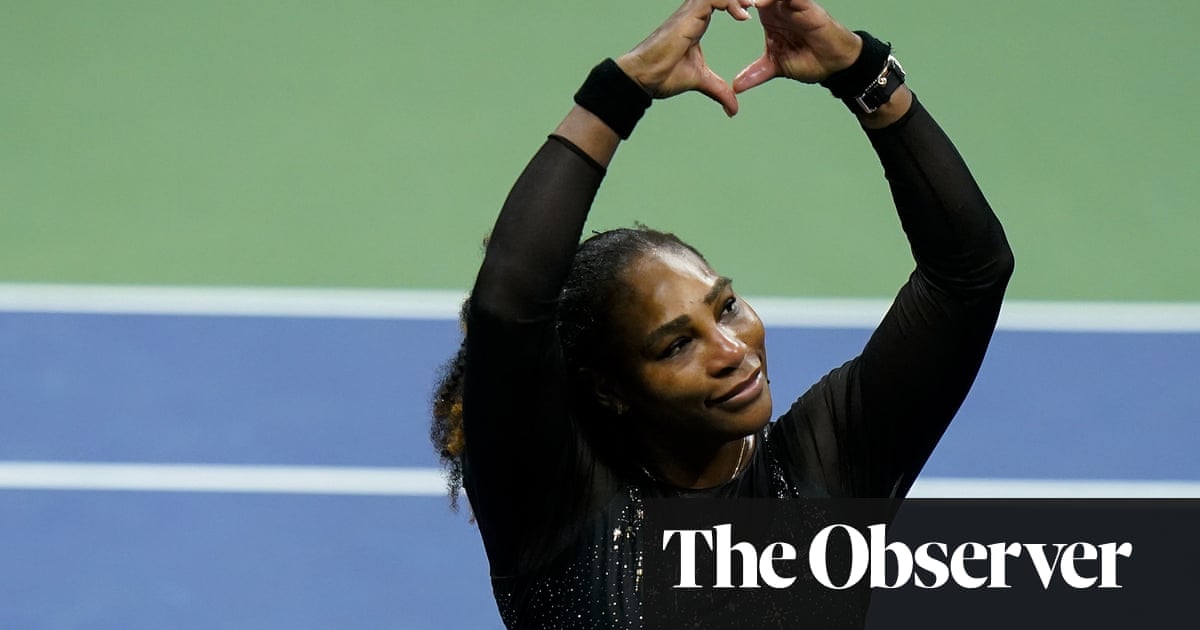 Serena Williams doesn’t much like the word “retirement”. The 40-year-old athlete thinks it sounds old-fashioned. She prefers to say that she is in “transition”, although she’s well aware that’s a sensitive concept in 2022, so generally when she’s asked about what’s next for her, Williams settles on “evolution”.

Whichever term she chooses, the undeniable facts are these: on Friday night in New York, Williams lost an exhilarating, excruciating third-round match at the US Open to Australia’s Ajla Tomljanović. The stakes were huge, the quality of play scintillating. Williams, her opponent, the 24,000 people watching in an unhinged Arthur Ashe Stadium – where the cheapest seats were changing hands for more than $500 (£434) – and millions tuning in on screens knew this might be the last time we would ever see Williams compete on a tennis court.

When she finally submitted 7-5, 6-7 (4), 6-1, having saved five match points in an instant-epic, career-encapsulating final game, practically leaving a trail of fingernail marks on the arena floor, one thing was certain: Williams has changed her sport, and all sport, for ever.

Williams often jokes that she is the “world’s worst” at goodbyes, but on court, after the match, she did a pretty terrific job. She thanked her dad Richard, and her mum Oracene, who was the only person in the stadium not losing their mind, and may even have been having a nap at times. But Williams crumpled, and she wasn’t the only one crying when describing the inspiration she has taken from her big sister, Venus.

“These are happy tears – I guess, I don’t know,” said Williams. “I wouldn’t be Serena if there wasn’t Venus. She’s the only reason that Serena Williams ever existed.” Then with dry understatement, she added, “It’s been a fun ride.”

The first to pay homage to Williams was a shell-shocked Tomljanović, who said before the match that she planned to play in earplugs to drown out the partisan support. “I’m feeling really sorry, because I love Serena as much as you do,” she told the crowd. “So this is a surreal moment for me.” When asked about her nerveless performance, she replied, “I just thought she would beat me, so the pressure wasn’t on me… She’s Serena!”

“Surreal” was a spot-on description for the evening, which started for a UK audience at midnight and culminated after 3am. Tomljanović’s firecracker winners were greeted with library silence; her rare misfires with maniacal glee. Williams, whose ranking has slipped through injury and absence to 605, arrived in New York with, for her, modest expectations.

But over the first week, the fervour escalated fast. This was no ceremonial send-off; Williams was in the mix to win her 24th grand-slam singles title, which would have tied the record held by Margaret Court, and ended a quest that has preoccupied her, tennis fans and the world’s media since her last major victory: the 2017 Australian Open.

On Friday night in New York, four members of the crowd held aloft golden balloons spelling GOAT: greatest of all time. That sentiment is hard to argue with. Williams won her first grand-slam title, aged 17, in a different century: the US Open in 1999. That last big triumph in Australia was achieved when she was two months pregnant with her daughter, Olympia.

Olympia celebrated her fifth birthday last week, and she is the main reason Williams gives for retiring – sorry, evolving. Olympia often asks and prays for a baby sister. “She doesn’t want anything to do with a boy,” says Williams – and Serena, the youngest of five sisters, doesn’t want to deny her that.

Williams also doesn’t want to compete again while being pregnant: Olympia’s birth was far from straightforward, with a C-section leading to pulmonary embolism. Williams later experienced postnatal depression. “I need to be two feet into tennis or two feet out,” Williams wrote in US Vogue’s September issue.

Ever since that announcement – and what other sports star would get to say their farewells in Vogue? – there has been speculation on Williams’s legacy. Current players, from Naomi Osaka to Coco Gauff to Emma Raducanu, spoke powerfully about how she paved the way for them, and especially women of colour, to follow. But her impact has been felt far beyond women’s tennis. Tributes have come from everyone from Lewis Hamilton to Alicia Garza, the Black Lives Matter co-founder.

There were more after Friday night’s defeat, from Oprah Winfrey and Michelle Obama. “I’m proud of you, my friend,” wrote Obama on Twitter, “and I can’t wait to see the lives you continue to transform with your talents.”

No question, Williams is not finished – and it’s clear that her formidable intensity and drive would be wasted in a commentary booth. A few years ago, she started Serena Ventures, a venture capital firm. Inspired by a statistic that 98% of VC funding goes to men, she has sought to back companies set up by women and people of colour (they currently make up more than three-quarters of her portfolio). It turns out, not too surprisingly, that Williams has a decent nose for an investment: she has so far funded 16 “unicorns”, companies valued at more than $1bn.

The 2022 US Open felt in many ways like the perfect curtain call for Williams. She had a magical run, she played brilliantly at times, she reminded everyone of the qualities that have made her a legend. But on Friday night, it was also clear that she felt a small pang of regret: how much deeper could she have gone if she’d started practising a little earlier?

After the match, she was pushed again about whether she might reconsider. “I don’t think so,” she said playfully. “But you never know.” 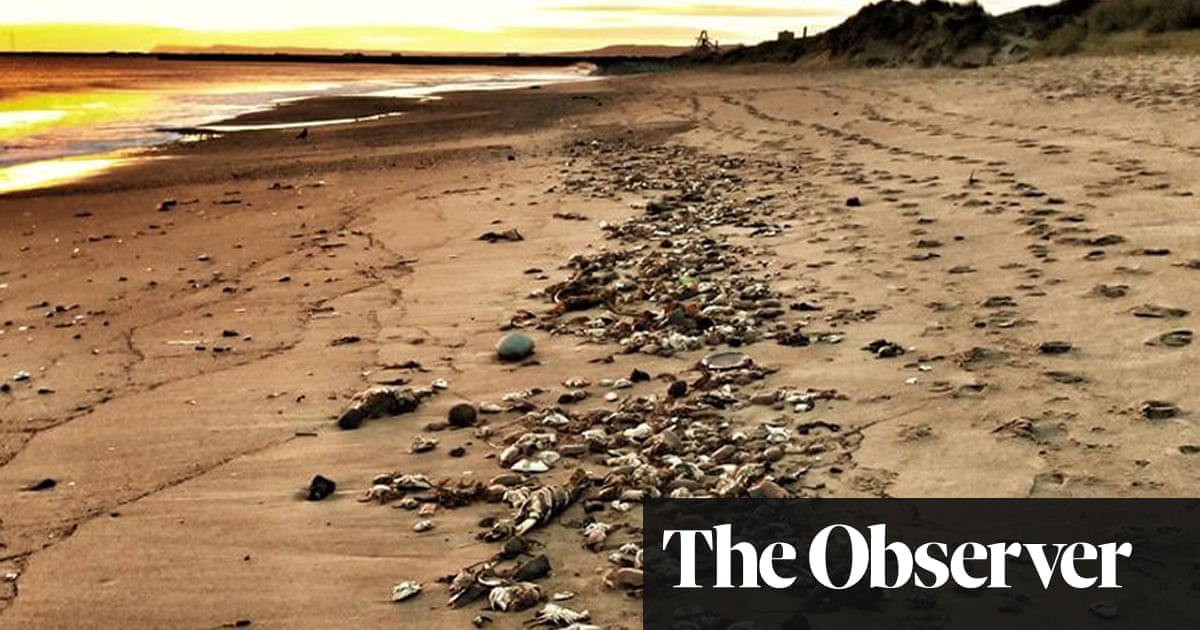 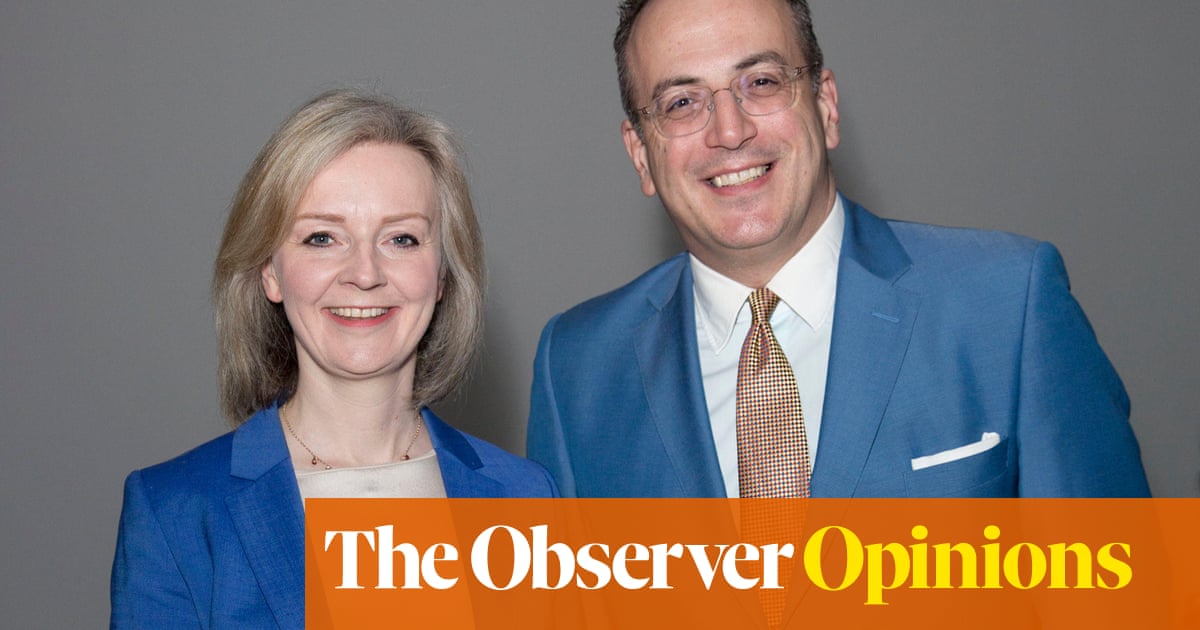