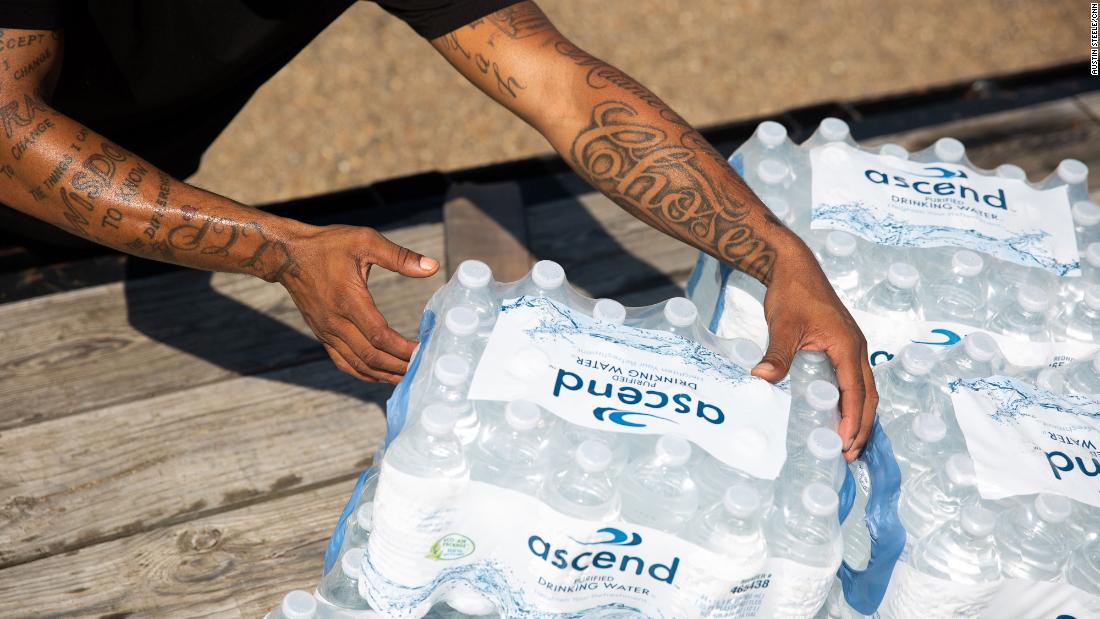 James Taylor lugged two 24-count cases of bottled water to his pickup truck as the sun beamed its rays onto the parking lot of Grocery Depot in west Jackson, Mississippi.

It was already a scalding 88 degrees around 10 a.m. Taylor was sweating and frustrated.

He couldn’t shower or bathe at his house. On Wednesday morning, he woke up to gray water running out of his faucets. It’s become almost routine for the city to issue boil-water advisories or water-safety alerts, he told CNN.

Anger, fear, even exhausted resignation: A variety of emotions can be felt throughout Jackson, as the Mississippi capital confronts a historic water crisis.

Part of the horror of the emergency is that it’s unsurprising. Jackson residents and local officials have been sounding the alarm for years, but too little has been done. Many in the majority-Black city where around a quarter of residents live in poverty say that systemic neglect is one of the drivers of Jackson’s water issues.

Again and again, the state’s Republican-controlled legislature, which is predominantly White, has thwarted efforts to upgrade the Black metropolis’s decrepit water system, Democratic leaders and residents say. City officials reported that “significant gains” were made by Thursday, but little or no water is flowing from faucets toward the end of the week.

Small businesses also continue to face obstacles, including a dwindling customer base and growing operating costs for more ice and water.

“We’ve actually been lifting up our persistent water challenges for the better part of two years, crying out for any assistance that we could get,” Jackson Mayor Chokwe Antar Lumumba, a Democrat, said on CNN on Tuesday.

But Bishop Dwayne K. Pickett, who’s been helping to distribute clean water in southwest Jackson, stressed that the city needs more than a short-term solution. He said that it’s galling that state and federal leaders haven’t replaced the city’s long-troubled water system.

“You’re fixing stuff,” he explained, “but the whole system is messed up.”

Pickett believes that Jackson and its water system have never been a priority for many lawmakers because the city is predominantly Black.

“I’m convinced that if Jackson’s population contained 20% more Caucasians that there’s no way we’d be where we are,” he said. “I think that it’s systemic racism, classism (and) poverty at its worst.”

In Jackson, water emergencies are nothing new.

Last year, in February, a ferocious winter storm swept through parts of Mississippi, including the capital, and ruptured pipes and left tens of thousands of residents without water for weeks.

Over the course of the past decade, the Environmental Protection Agency has cited Jackson numerous times and insisted that the city improve its outdated water system.

In the Black metropolis, water crises occur with enough regularity that residents frequently approach their perilous situation with a dose of dark humor.

“I think the fact that our water has become something that we joke about a lot tells you a lot about where we are at,” Laurie Bertram Roberts, a Jackson resident, told CNN earlier this year. “It’s become this running commentary that is just so ubiquitous, and you don’t really think about how messed up that is. Water is a human right.”

Last December, the EPA released more than $7 billion in new federal water infrastructure funding to state governments and tribes, and urged them to use this allocation from President Joe Biden’s $1.2 trillion infrastructure package to address the challenges afflicting marginalized communities. Yet there’s no guarantee that this funding will reach the areas where it’s desperately needed.

“Anyone who thinks Mississippi will change the very consistent practice of not investing in Black people, they’re delusional,” Andre M. Perry, a senior fellow at the Brookings Institution, told the Washington Post last year. “If you’re the president of the United States and you have an equity agenda, you have to be worried that this money going to statehouses will not actually get to places like Jackson.”

Following last year’s historic winter storm, leaders of the Democrat-led Jackson asked the state for $47 million to go toward water and sewer repairs. The Republican-dominated legislature, however, gave them just $3 million.

(When the city council sought to increase the local sales tax to secure infrastructure funding after the freak cold snap, Reeves groused, “I do think it’s really important that the city of Jackson start collecting their water bill payments before they start going and asking everyone else to pony up more money.”)

As the Mississippi native and author W. Ralph Eubanks described some of the state’s tensions for CNN Opinion, “The message derived from the ways Mississippi’s politicians have refused to support the crumbling infrastructure of Jackson again and again over the years is not much different from the late Sen. James K. Vardaman referring to Mississippi’s Black citizens as ‘lazy, lying, lustful animal(s), which no amount of training can transform into a tolerable citizen.’”

Notably, Jackson has experienced dramatic changes over the past half a century. It’s been beset by swift economic decline in recent decades that’s been driven by a shrinking population and a shifting demographic profile.

The surrounding suburbs are usually Whiter and wealthier, and they enjoy newer, more reliable infrastructure.

One Jackson resident, Annie Brown, told CNN that she’s pleading for officials to do something about the city’s long-standing water issues.

“Please help us out, and please get the job done,” she said, “because we’re suffering out here.”

It’s hard to exaggerate how profoundly Jackson’s water crisis has disrupted daily life in the city.

While Jackson Public Schools remained virtual this week, the schools continued to serve breakfast and lunch for students.

Among them was Brown, who explained that she’s helping to care for her six grandchildren during the disaster. She said that she’d been driving all over the city, searching for bottled water. Brown and her daughter bought larger pots and pans so that they could boil enough water to bathe the kids.

But finding enough water for six children, she said, has been tough.

“It’s just frustrating,” Brown said. “We have to use our gas to try to find water, and (the price of) gas is so high. We’re barely surviving out here.”

Fran Taylor, who picked up meals for her three children, explained that she’s learned to live with the city’s water problems (the water at her house often turns brown). The only alternative, she told CNN, would be to move.

“I don’t know how to feel at the moment,” Taylor said. “I can’t do nothing about it, so I have to do what I have to do as a parent to take care of my kids. I’m buying bottled water and making sure that they have water to drink, bathe in and brush their teeth with.”

Emma Cooper echoed some of Brown and Taylor’s frustrations.

Cooper said that the water pressure was low at her house on Wednesday but that she still had to babysit her grandchildren, help with their virtual learning and make sure that they had food to eat.

“It’s just terrible,” she said through a surgical mask, as she loaded her backseat with lunches. “They (state leaders) need to do better, and things need to be changed.”

Jackson residents painted a vivid picture of the crisis.

Malcolm Pickett, the bishop’s son, was loading cases of cold water from a trailer into trunks and backseats. As the sun blazed overhead, Pickett stopped every few minutes to use his T-shirt to wipe sweat off his face.

He said that he had announced on social media that he’d be giving out water at the church. But he said that many of the families spotted the water while driving by, and they stopped to get a case.

“They’re scared to use the water, and that’s the biggest thing,” Pickett said. “We’re all about helping people.”

Pickett said that Wednesday wasn’t the first time he and his father had donated water to the community. They’ve held distribution events in the past, at other moments when the city’s water wasn’t safe to drink.

Corean Wheeler, who was among the residents picking up water at the church, said that she feels “disenfranchised” by the city’s water crisis.

“You don’t even want to wash your hands in this water,” she said. “You can’t drink it. You can’t cook with it. You can’t even give it to your pet. We’re constantly paying water bills, and (yet) we can’t use the water. We feel like we’re living in a third world country in America.”

That evening, organizers at a water distribution event at Grove Park Community Center ran out of water. A line of cars stretched for half a mile; there simply wasn’t enough water for everyone.

Some residents arrived at the event hours early to ensure that they wouldn’t leave empty-handed.

Ocey Graves was one of those people. She said that Jackson hasn’t received the help it needs from the federal government.

“I’m sick because we need the water, and this is something that should’ve been worked on,” Graves told CNN. “We have (a water issue) every year.”

Laura Crowley lives in north Jackson, not too far from the community center, but she arrived at the event too late. She said that she hasn’t felt comfortable drinking the water in Jackson for years.

“This has been going on too long,” Crowley said. “But we just put it in God’s hands.”

It’ll require up to $2 billion to revamp the city’s water infrastructure, which has been in disrepair for decades.

At Grocery Depot on Wednesday, nearly every patron leaving the store had a basket filled with cases of bottled water. Many voiced anger over having to burn through their gas, already priced higher than average, to find stores and distribution sites where they might secure clean water. Some said that they can’t afford to keep purchasing bottled water.

Taylor, who likened Jackson’s crisis to Flint’s, was at Grocery Depot, and he told CNN that he’s terrified to bathe in the water at his house.

“Right now, we just buy a lot of bottled water and take a wash-up,” Taylor said.

He added that he’s grown frustrated with Jackson’s never-ending water problems. Too often, the city puts out boil-water advisories but then still charges the regular rate for water, he said.

Shaletta Lawson works in the produce department at Grocery Depot, and she explained that she’s experienced water issues at her south Jackson home for many years.

She said that sometimes the water is brown or has a bad smell; at other times, she can’t flush her toilet. Lawson said that with inflation, the price of gas and ballooning utility bills, she doesn’t have enough money to purchase bottled water.

Usually, the water she gets at distribution centers isn’t enough.

“It makes me feel bad, angry and frustrated,” Lawson said. “We got people out here who can’t buy water. Like me. I’m low income.”

Glenda Johnson had a heavy cart packed with groceries and four cases of bottled water as she trudged out of Grocery Depot. She said that she’s fed up with seeing some officials on the news discuss the water crisis while she can’t even shower at her house.

She had just one message for state and federal leaders: “Stop talking about it – and fix it. All that talking isn’t helping us.” 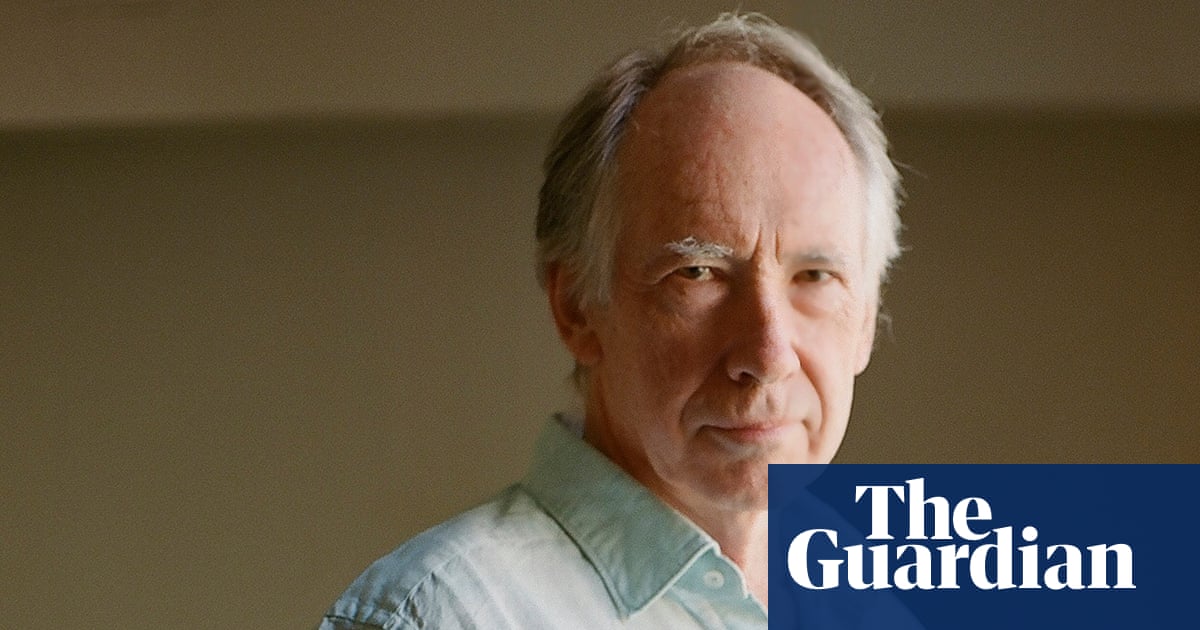 Previous post Ian McEwan on ageing, legacy and the attack on his friend Salman Rushdie: ‘It’s beyond the edge of human cruelty’ 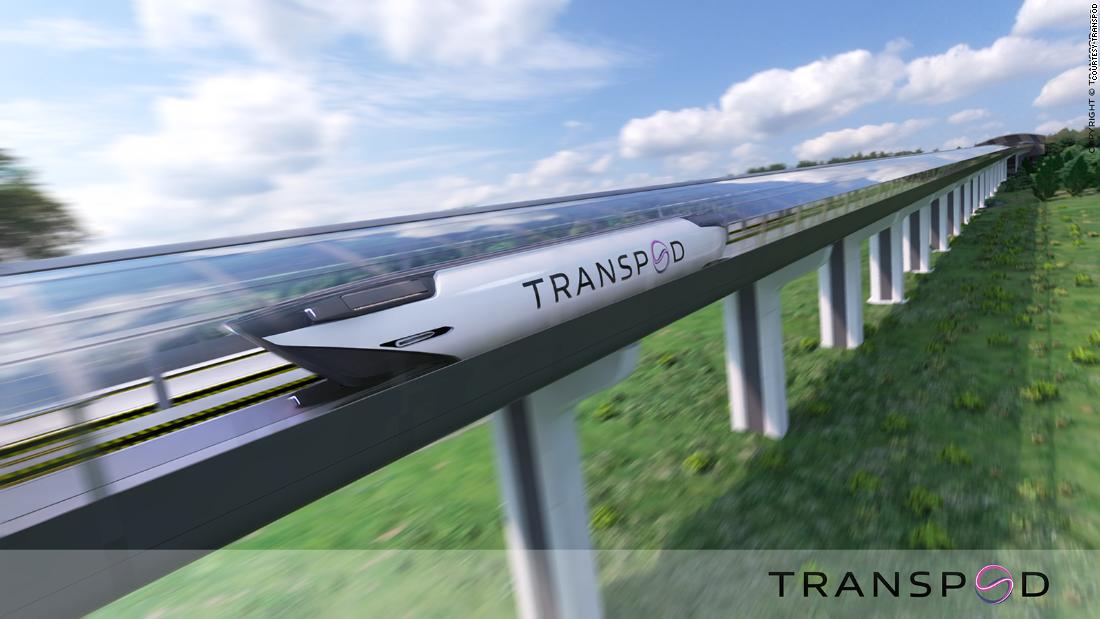