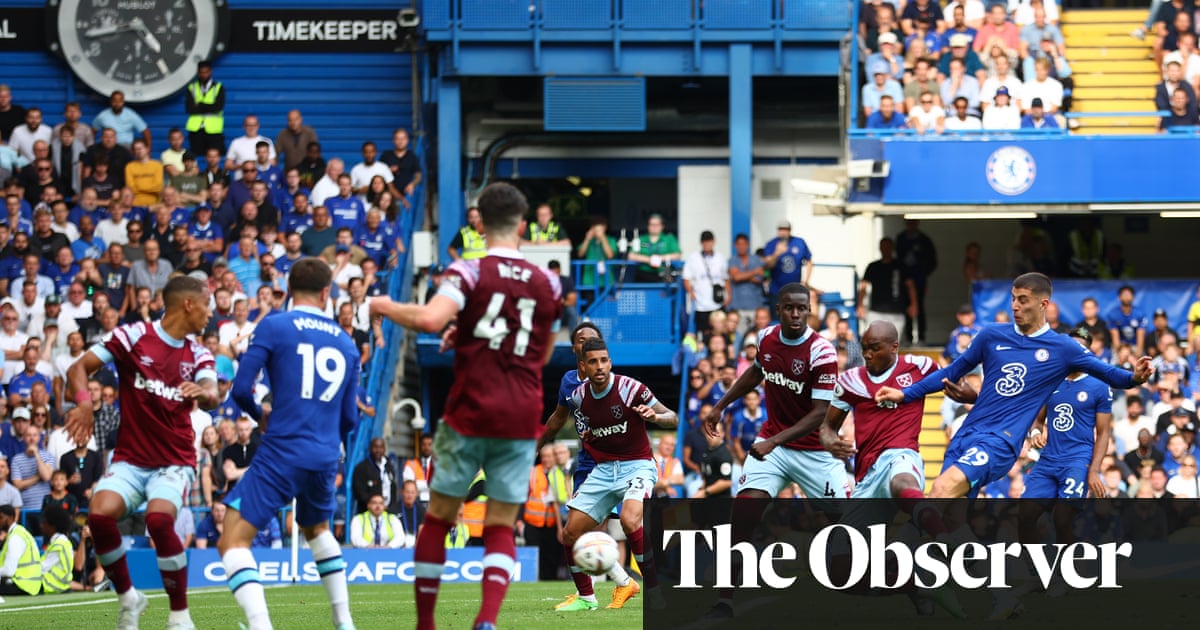 The slowest-burning of games developed into chaos and, ultimately, a Chelsea victory that for long periods had seemed unlikely. A largely leaden showing seemed to have been punished by Michail Antonio after half-time but two substitutes, Ben Chilwell and Kai Havertz, finished smartly and ensured a textbook away showing from West Ham went unrewarded.

Even after Havertz’s late winner there was a heartstopping moment for Thomas Tuchel when Maxwel Cornet, who had earlier struck a post, capitalised upon an Édouard Mendy fumble to score; the visitors celebrated wildly but the goal was ruled out via a VAR review for a clip on the goalkeeper by Jarrod Bowen. Chelsea needed the points badly but, after such an extravagant transfer window, will hope for a more consistent level of performance.

Perhaps the scratchy form of both sides dictated that proceedings took an eternity to warm up. The most notable incident of the opening exchanges came when Wesley Fofana, with his first action in a Chelsea shirt, got the better of Antonio to appreciative cheers. Lucas Paquetá, making his first start for West Ham, is the subject of similarly high expectations but received a snappy reminder from Ruben Loftus-Cheek that time on the ball is a luxury that must be earned in this fixture.

Those introductions apart, there was little to stir the blood. Tuchel had demanded Chelsea toughen up after the defeat to Southampton and maybe, given West Ham were hardly going to be a soft touch here, a slog was inevitable. Christian Pulisic was pitched in from the beginning, deployed to add running alongside Raheem Sterling, and it spoke volumes that the only moment approximating to excitement in the first half-hour was a harmless shot from the American that deflected wide.

Still, it was something and appeared to breed a slight enlivenment. Mateo Kovacic bounced a 25-yard shot wide and Sterling, Chelsea’s only real source of ingenuity, tried to release Pulisic with a cute lofted pass but saw Vladimir Coufal intervene. David Moyes, patrolling the technical area anxiously, would have been content that this was as hairy as things got; Tuchel, to his left, despaired at the slow recycling of possession by his midfielders.

West Ham were happy to sit in and admire the telegraphed fare in front of them but worried Mendy briefly with a Pablo Fornals effort that dipped off target. Watching from the executive seats, Pierre-Emerick Aubameyang was yet to spot the kind of opportunity he has been brought here to convert. Chelsea passed from side to side and saw set pieces headed away but it was all painfully safe and, by half-time, the game was crying out for a moment that might create a meaningful spectacle.

Moyes was visibly impressed when, five minutes into the second period, Paquetá tracked back and thwarted a dangerous move between Reece James and Pulisic. West Ham had, in fact, restarted on the front foot but there was always the risk a more open contest would suit Chelsea. Antonio received significantly less appreciation from the sidelines when, with a chance to turn and run, he knocked the ball all the way to Mendy.

Chelsea needed more ambition, more ways to engage a comfortable West Ham back line. Tuchel deployed Armando Broja and Mason Mount on the hour but neither had touched the ball when the visitors landed the sucker punch that had seemed increasingly possible.

Mendy parried a volleyed effort from Bowen but from the following corner he could only intervene with a weak hand after the ball had looped off Paquetá’s shoulder. Declan Rice was able to square from beyond the far post and Antonio steamed in to bundle home from a yard.

West Ham had Chelsea exactly where they wanted them, which in truth had more or less been the case since kick-off. So it was a surprise when they gave up the lead so easily. Chilwell had only just been introduced when he won a header from Thiago Silva’s diagonal ball and, reacting sharply, prodded past an unconvincing Lukasz Fabianski from an angle.

Chelsea had not looked like scoring but now their tails were up. A frantic finale ensured and Havertz, converting Chilwell’s low cross, sent Stamford Bridge into raptures. Even then there was time for West Ham to seemingly salvage a point only to be left aggrieved Cornet’s effort was ruled out. 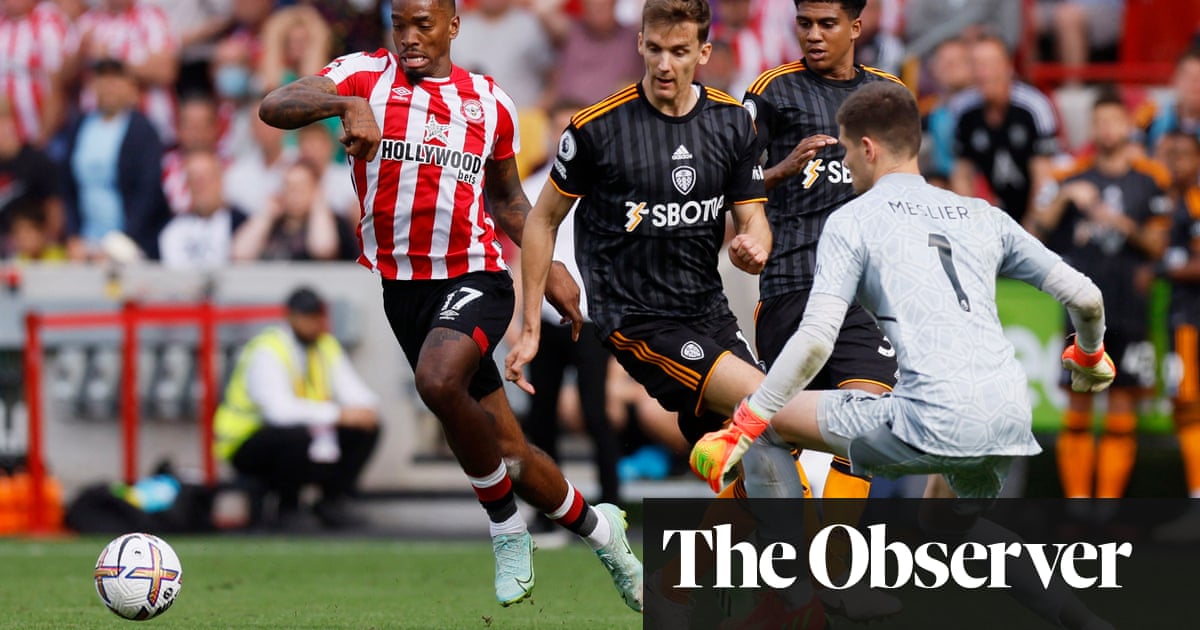 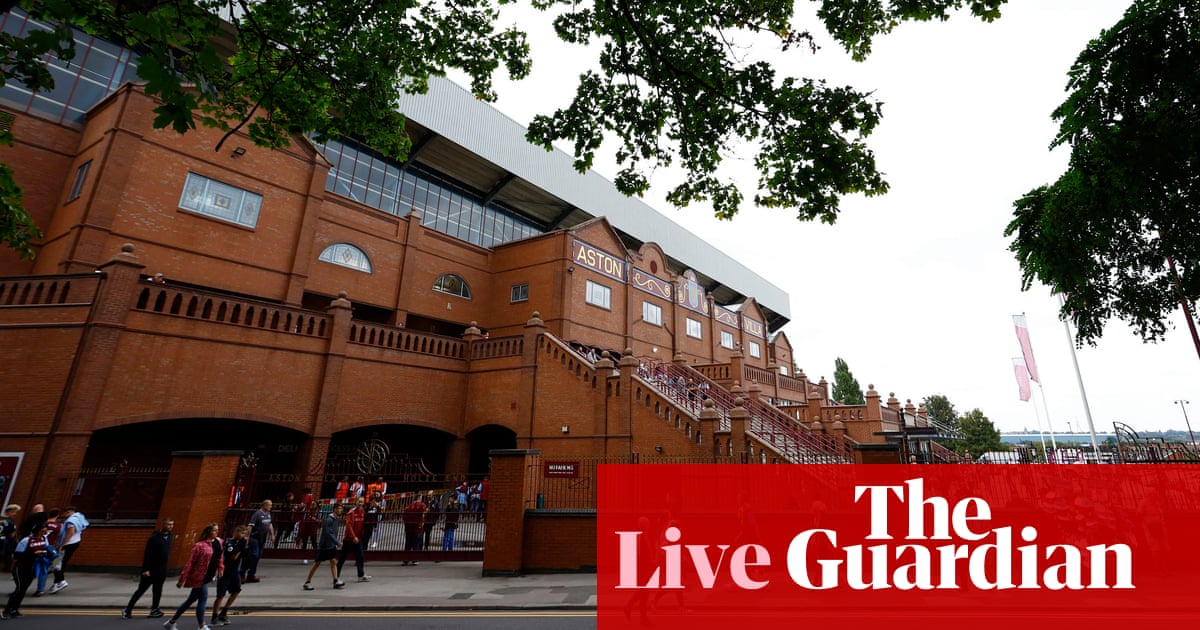