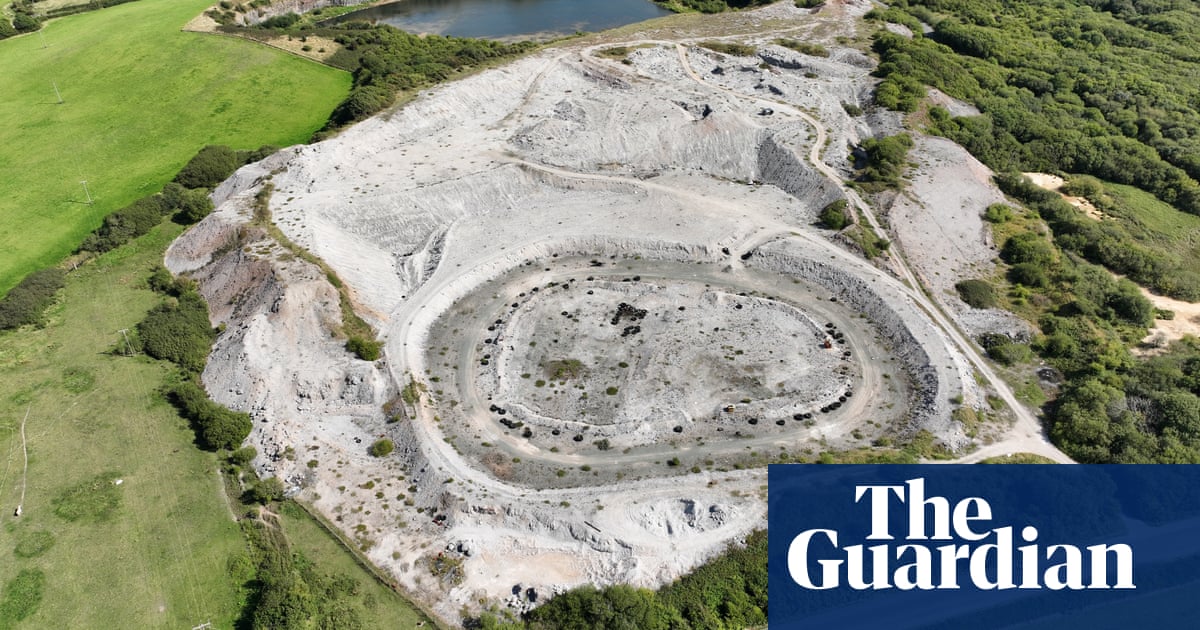 A century ago, Marcel Duchamp submitted a porcelain urinal to a New York exhibition and revolutionised art. If a urinal can be art, then why not a post-industrial slag heap?

The artist Roger Hiorns is channelling the spirit of Duchamp in his proposal for a landmark piece of public art in west Cumbria, on the Lake District coast of north-west England.

To some it might look scruffy and worthless. To Hiorns and his collaborator, the architect Tom Emerson, the slag heap at Millom – the byproduct of more than a century of iron ore smelting – is a thing of beauty and, with some modification, can be become an inspirational work of art.

Hiorns is one of four artists pitching ideas for an ambitious art project commissioned by the local council, keen to celebrate a mostly uncelebrated coastline.

The artists and their proposals, revealed here for the first time by the Guardian, include Rachel Whiteread, who wants to make a cast of a corrugated barn, and Piet Oudolf, who wants to deconstruct a garden. Olafur Eliasson, in what would be his first permanent outdoor public artwork in the UK, proposes creating a huge optical illusion on a beach.

There are also plans for smaller-scale artworks to be installed along the Cumbrian coast by artists including Ryan Gander, Susan Philipsz and Martin Boyce. Organisers hope they will attract new visitors unaware of the rugged beauty and striking diversity of the region.

“A lot of people don’t realise that the Lake District even has a coastline,” said Aldo Rinaldi, the curator and producer of the Deep Time project. “It has a real energy and magic.

“We want to change perceptions of the west Cumbrian coast and we want to bring people to the area using cultural tourism. We want to be really ambitious with the art but also think about creating a landmark in a different way.”

The artists and their teams spent time exploring the west Cumbria coast, some visiting one of its best-known residents, the Sellafield nuclear plant.

They have come up with proposals that will go on public display, allowing the public to have their say.

Rinaldi said Hiorns was “looking at a post-industrial slag heap as a giant ready made”.

He added: “It is about an artist and an architect saying this is special, it is beautiful … it is about a space many people think is value-less having a value.”

If chosen, Hiorns and Emerson said they would work with materials that exist on the site to create “a precise structural form … to shape it into a timeless form heading towards future mysteries”.

When Whiteread visited she was taken by an abandoned corrugated shed on the beach at Drigg, looking up to Sellafield.

Her plan is to make a concrete cast of it, becoming one of a series she calls “shy sculptures” – of sheds, huts and cabins in out-of-the-way locations such as a fjord in Norway or a hill on New York’s Governors Island.

“It is a very beautiful shed,” said Rinaldi. “It is aesthetically pleasing. I have to say just about everyone we’ve taken there has said they love that shed … there is something about it.”

Eliasson has teamed up with the writer Robert Macfarlane for his proposal, describing it as both a monumental artwork and an optical illusion. Sited on the coast’s tidal mudflats, it is inspired by the “cup-and-ring” form of prehistoric rock art found in the area.

Rinaldi said when people looked at the large oval pool they are proposing to create on the beach it would become a perfect circle. It would reflect the light and be like a sun.

Oudolf is best known as a garden designer who has revolutionised planting. His team includes the theatre designer Tom Piper, who created the display of poppies around the Tower of London, and the Oscar-winning sound engineer Nicolas Becker.

The proposal is a deconstructed garden with the isolated elements – sights, sounds, smells and emotions – gathered together on a sunken pavilion in a disused quarry.

The art programme has been commissioned by Copeland borough council for an area that is one of 54 identified by Arts Council England as a “priority place” to be given precedence after decades of underinvestment.

The final decision on which of the four proposals to choose will be made by a judging panel after displays at the Beacon museum in Whitehaven (10 September–9 October) and Windermere Jetty museum (20 October–20 November).

September 3, 2022 at 10:57AM Mark BrownNorth of England correspondent 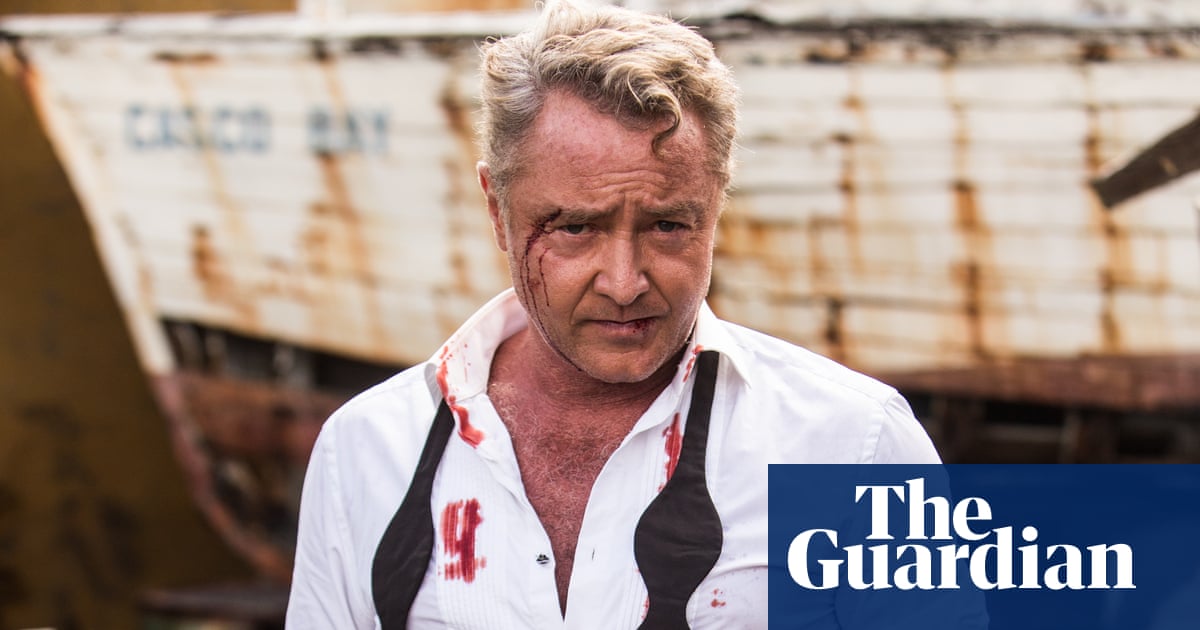 Previous post From Blackbird to Manchester psych festival: a complete guide to this week’s entertainment 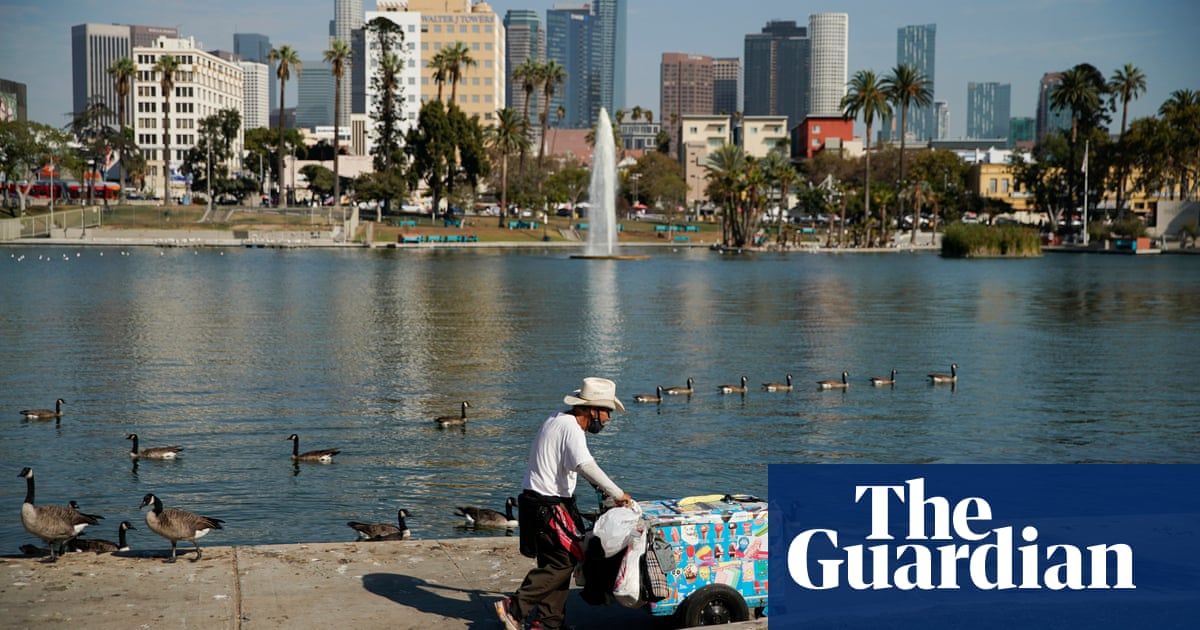