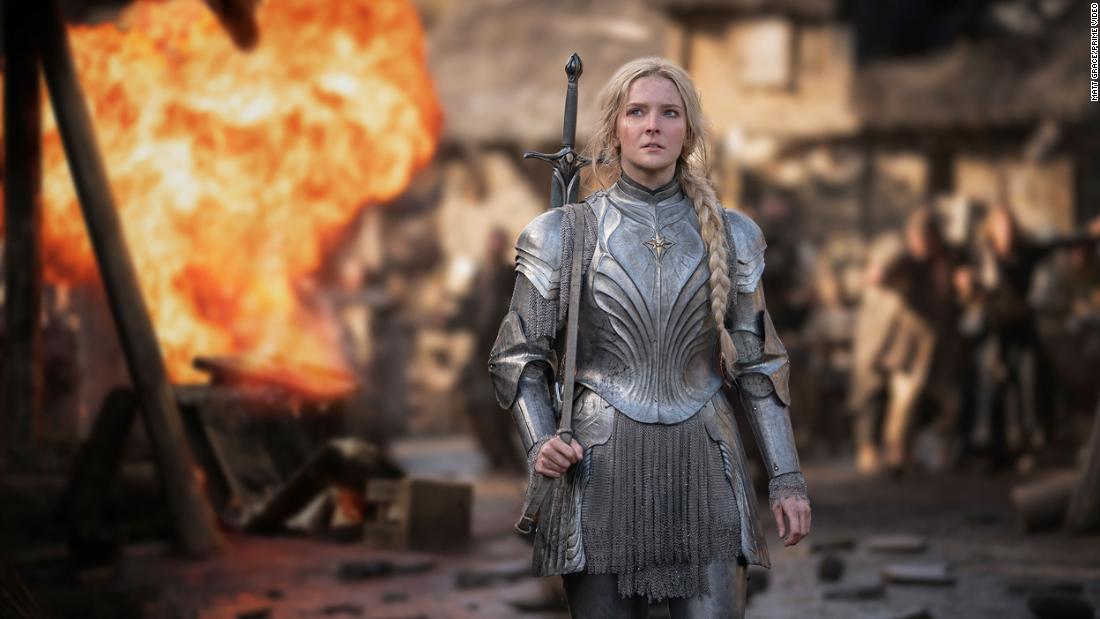 What a time to be a fantasy fan: Between “House of the Dragon” and “The Rings of Power,” there are dozens of new characters and stories set in the familiar worlds of “Game of Thrones” and “The Lord of the Rings” for audiences to invest in.

But “Thrones” fans had their fun with the premiere of “House of the Dragon” in August. Now is the Tolkienites’ time to geek out – “The Rings of Power” is here to whisk us out of Westeros and into Middle-earth!

Finally, Amazon’s lavish and eagerly awaited prequel to “The Lord of the Rings” has premiered after years of development and fan speculation. But as might be the case with “House of the Dragon,” a prequel series to a beloved fantasy property might spook off newcomers unfamiliar with the original material.

Not all those who wander are lost, though, because CNN has created a guide for fans of varying levels of familiarity with “Lord of the Rings.” Whether you’ve pored over “The Silmarillion” repeatedly in advance of the new show or you don’t know the difference between an Orc and an Ent (one’s a goblinesque monster and the other is a talking, walking tree creature, for the record), here’s what you need to know before you watch “The Lord of the Rings: The Rings of Power.” Now fly, you fools!

Per Amazon, the action is set in Middle-earth’s Second Age, “thousands of years before the events of J.R.R. Tolkien’s ‘The Hobbit’ and ‘The Lord of the Rings’ books.” The most important event of this era, of course, is the forging of the rings and the rise of the Dark Lord Sauron, but the series will also cover the “epic tale” of Númenor, an island nation of Men that Sauron manipulates, as well as the Last Alliance of Elves and Men, when the two races teamed up to take on Sauron. So, in short: We’ll start the prequel series in relative peace and prosperity before things get dark.

The new series took influence from “The Silmarillion,” a collection of stories from Middle-earth and the wider fictional universe, written by Tolkien and edited by his son Christopher after Tolkien’s death. It’s likely meant to be presented as a fictional historical account written by several authors – possibly including one Bilbo Baggins – that covers everything from the origin of Tolkien’s world to its later ages.

But “The Silmarillion” is more of an inspiration than a sacred text the showrunners are faithfully following – several characters were invented for the series, and its creators have played with history a bit, spotlighting species that didn’t play a major role in Middle-earth history until its later ages, but more on that below.

There sure are! You remember Galadriel, the regal Elf embodied elegantly and frighteningly in the film trilogy by Cate Blanchett? She’s back in the prequel, this time played by Morfydd Clark, and by the looks we’ve gotten of her in the trailers, she’s just returned from battle when we catch up with her. She’ll probably head right back out to war, though, because Sauron is coming! We may or may not get to see the Lord of the Rings himself in his corporeal form – Amazon is keeping mum on how he’ll appear in the series, but he’ll undoubtedly loom large over it.

There’s also Elrond, the Lord of Rivendell, a stately Elven town in the Misty Mountains. Formerly played by Hugo Weaving, a slightly greener Elrond is portrayed here by Robert Aramayo. Of course, Elves are immortal in Tolkien’s world, and their participation in Second Age events was canonized in “The Silmarillion.”

But if you’re expecting Frodo, Sam and Aragorn to appear – they haven’t been born yet. (Even Arwen doesn’t make her Middle-earth debut until the Third Age.) Plus, can you imagine anyone but Elijah Wood, Sean Astin and Viggo Mortensen playing those beloved fellows?

Plenty! As mentioned above, Elves play a major role in the Second Age. There are Dwarves, too – King Durin III and his brood – who live in prosperity in the city of Moria before an unfortunate encounter with a Balrog destroys it. And there are Orcs, too, bred to serve Sauron and his evil interests.

As for Hobbits, we’ll meet their ancestors – the Harfoots, an early Hobbit species who, like the Bagginses and Gamgees of Middle-earth, are known for their hairy, oversized feed and shoelessness. Here’s where the series deviates from Tolkien’s work, though: Neither Harfoots nor Hobbits did anything of historical note up until the Third Age, when Bilbo and later, Frodo went on life-changing journeys. Their adventures in the series will be brand new – something that might turn off diehard Tolkienites but excite those curious to explore new corners of his wide, wondrous world.

Amazon’s cast list is exhaustive (but notably missing a few names, including that of the unknown actor thought to play Sauron). Many of these characters, save for some Elves and Dwarves, have been created for the series, like the Harfoot Brandyfoot sisters, a mother-son duo named Bronwyn and Theo, and Arondir, a Silvan Elf, a type of Elf that prefers forests and woods to waterfalls and grand castles.

And in a departure from previous Tolkien adaptations, many of Middle-earth’s inhabitants will be played by people of color, from Harfoots to Elves to human heroes. Nazanin Boniadi, Cynthia Addai-Robinson, Ismael Cruz Cordova and Sophia Nomvete, among other actors, all play major characters whose actions impact the war against Sauron.

No! You’d think the director whose “Lord of the Rings” films have become some of the most adored (and awarded) fantasy adaptations of all time would at least get to consult on this series, but Tolkien’s family has made clear they weren’t totally taken by Jackson’s interpretation of the series. In a 2012 interview with French publication Le Monde, Tolkien’s son Christopher said that Jackson’s adaptations “gutted” the source material and diminished its “beauty” and “seriousness” into popcorn fare for 15- to 25-year-olds. (It’s worth noting that Tolkien’s son made these comments around the release of Jackson’s first “Hobbit” film, which received far more middling reviews than his first three films in Middle-earth.)

The showrunners for “Rings of Power” are J.D. Payne and Patrick McKay, who double as executive producers. They’re not widely known to viewers – they’ve written several unproduced screenplays – and their first major work is also said to be one of the most expensive series ever made. So even without the massive, Orc-sized shoes Jackson’s films left them to fill, the stakes are unimaginably high!

After this Friday’s two-episode premiere, Amazon will release the remaining episodes of the first season weekly – there will be eight episodes total. Oh, and don’t expect immediate resolution to the series’ storylines – Payne told Empire that the story is intended to be told over five seasons. Better settle in for a potentially long visit to Middle-earth, viewers! 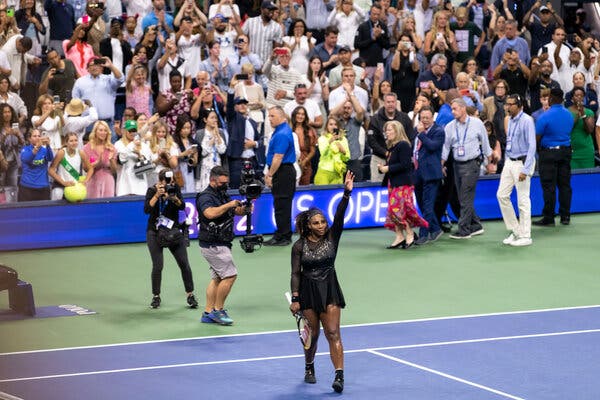 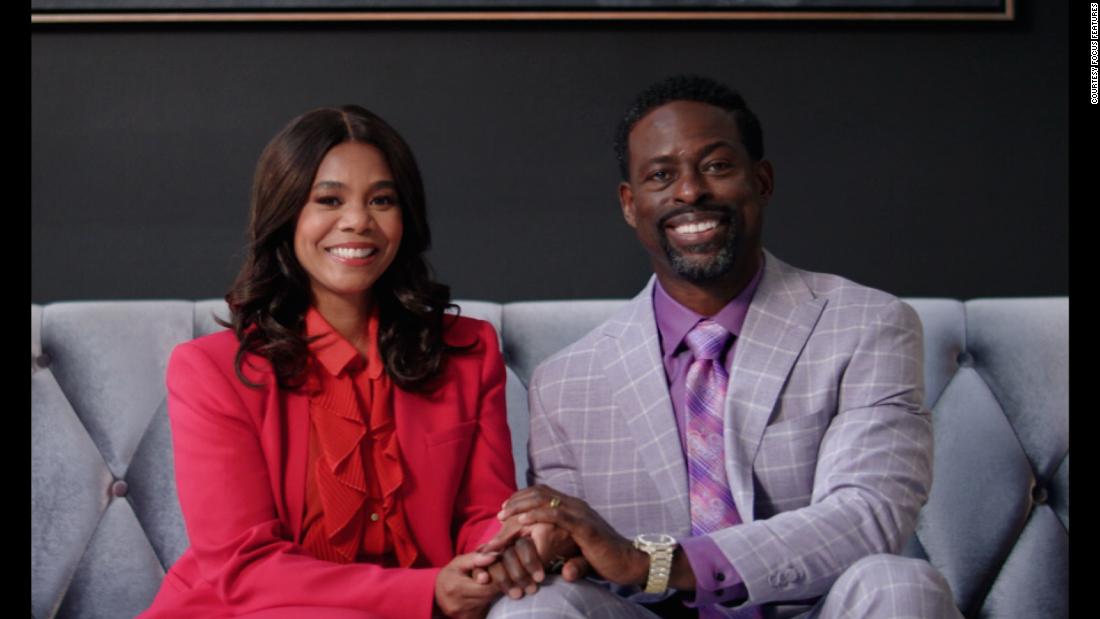