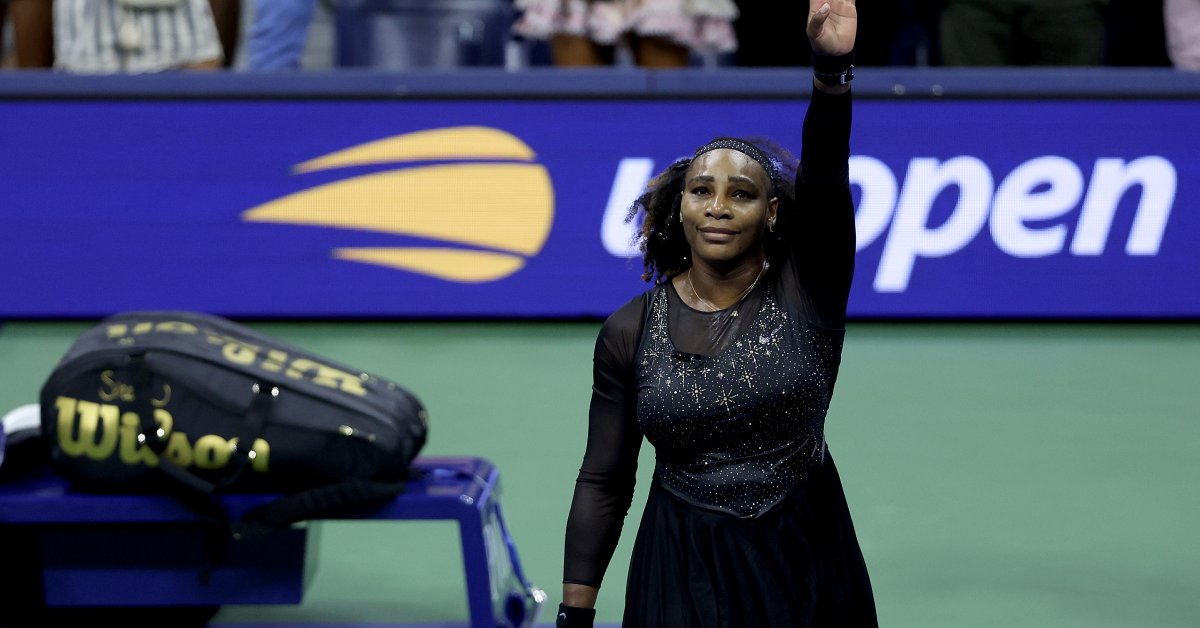 Friends and family all lingered near the player exit at Arthur Ashe Stadium, at least three dozen deep, to witness Serena Williams walking out of the U.S. Open—and almost certainly stepping away from her singular tennis career—one last time. Ajla Tomljanovic of Australia defeated Williams 7-5, 6-7 (4), 6-1, in a 3 hour, five minute epic match Friday night in New York City, and those close to her felt it was only proper to salute Williams for her fine final effort. Her sister Venus commiserated with Billie Jean King. Singer Ciara, a close friend of Williams, and her husband, Denver Broncos quarterback Russell Wilson, stood near an elevator. Serena’s husband, Alexis Ohanian, entered the waiting area, holding their daughter Olympia, who was wearing braids with beads, just like her mom and aunt did during their early years on the pro tennis tour. Olympia gave Ciara a fist bump.
[time-brightcove not-tgx=”true”]

The gathering was far from funereal, which is common for a typical Serena Williams defeat at the U.S. Open. For example back in 2015, after a shocking semifinal loss to Italy’s Roberta Vinci cost her a calendar-year Grand Slam, Williams darted out of the Billie Jean King National Tennis Center as fast as she could. “I don’t want to talk about how disappointing it is for me,” she said in her curt post-match press conference that day. “If you have any other questions, I’m open for that.”

No, this was a celebratory congregation. People were laughing, smiling, hugging, if not wiping away an occasional sentimental tear or two. The joyous tone was only fitting. For the probable last match of Williams’ career encapsulated all her greatness.

Finally, on Tomljanovic’s sixth match point, Williams smacked a forehand into the net to end it. The last game went 22 points long. Williams had three break points, but Tomljanovic held strong. The Tina Turner song, “The Best,” played at high volume in Arthur Ashe Stadium. After Williams left the stage, Tomljanovic got her proper due from the partisan crowd. Throughout the match, fans cheered her service faults. After she won one point, the only people clapping for her in the entire sellout crowd of 23,859 at Ashe were the half-dozen or so sitting in her box.

One patron vocally expressed his love for Serena during Tomljanovic’s serve, a breach of Tennis Etiquette 101. (Tomljanovic faulted, but won the point.) At one point in the match, Tomljanovic approached the chair umpire to note the distracting noise. She got booed.

She understood the pro-Serena fervor. “I thought she would beat me,” Tomljanovic said in her post-match interview on-court, to laughs. “So the pressure wasn’t on me. She’s Serena. Even to the last point, I knew she was in really good position to win. Even when she’s down 5-1.”

For the first time during her final U.S. Open, Williams dropped an opening set. But she jumped out to a 4-0 lead in the second, before the set took a wild swing: while Williams served to go up 5-0, Tomljanovic broke her instead, and came back to force a tiebreaker. Tomljanovic had all the momentum, but Williams wasn’t about to end her career losing a tiebreaker. She won the last two points of the tiebreaker on Tomljanovic’s serve; one was a forehand winner on the 20th shot of a rally, that caused a near-explosion in the stadium.

So Williams left tennis giving thrills. After the match, she even offered some wiggle room. “You never know,” she said about a possible comeback. She keeps brining up her love of Australia. But when TIME asked her last week if she’d made one final trip to Melbourne, where she’s won seven Australian Open titles, she responded: “I’m not doing that.”

Her last dance at the U.S. Open created unprecedented excitement for the tournament. On Friday, the U.S. Open set a single-day attendance record, of 72,039 fans coming to the day and night sessions. According to StubHub, ticket sales jumped 20% after Williams won Wednesday night. Twitter announced on Friday night that Williams was the “most tweeted about female athlete” of all-time.

In her final tennis press conference, Williams was asked to name the proudest moment of her career. She pointed to her win at the 2015 French Open. At that tournament, she curled up in a fetal position after the semifinals, because she was so sick. She shivered and cried in the locker room for at least 45 minutes. Her mother and older sister Isha had to undress Williams out of her drenched match clothes. She couldn’t do it herself. Her coach at the time, Patrick Mouratoglou, said back then that Williams had a 104 degree temperature at 10:00 pm the night before that final. Williams won in straight sets the next day.

Williams said she’ll spend part of her first day as a retired athlete, Saturday, going out for karaoke. “I just honestly am so grateful I had this moment,” she said, “and that I’m Serena.”

And with that, she left the interview room, and sauntered down a hallway at Ashe. She embraced the head WTA press officer, who’s accompanied Williams to countless interviews over the years, near the locker room. The press officer welled up. Serena, who was carrying an empty pink Gatorade bottle, turned a corner, and entered the room where friends and family were waiting. They applauded her. Well-wishers formed a sort of receiving line. She told herself to she had to remain composed, while wiping away tears in each eye. She headed outside and huddled with close friend Caroline Wozniacki, the former world No. 1 who’s now retired. They chatted about old times. “That’s the most legendary night ever,” Williams said. They didn’t seem to be talking about tennis.

After a few final pictures with her coach, her agent and other team members, Serena Williams—the greatest female athlete of all-time, perhaps even the greatest athlete ever— walked out of gates and into a waiting black SUV. At 11:26 p.m., on September 2, 2022, the car drove west. Towards well-earned karaoke. And towards Serena’a new life. 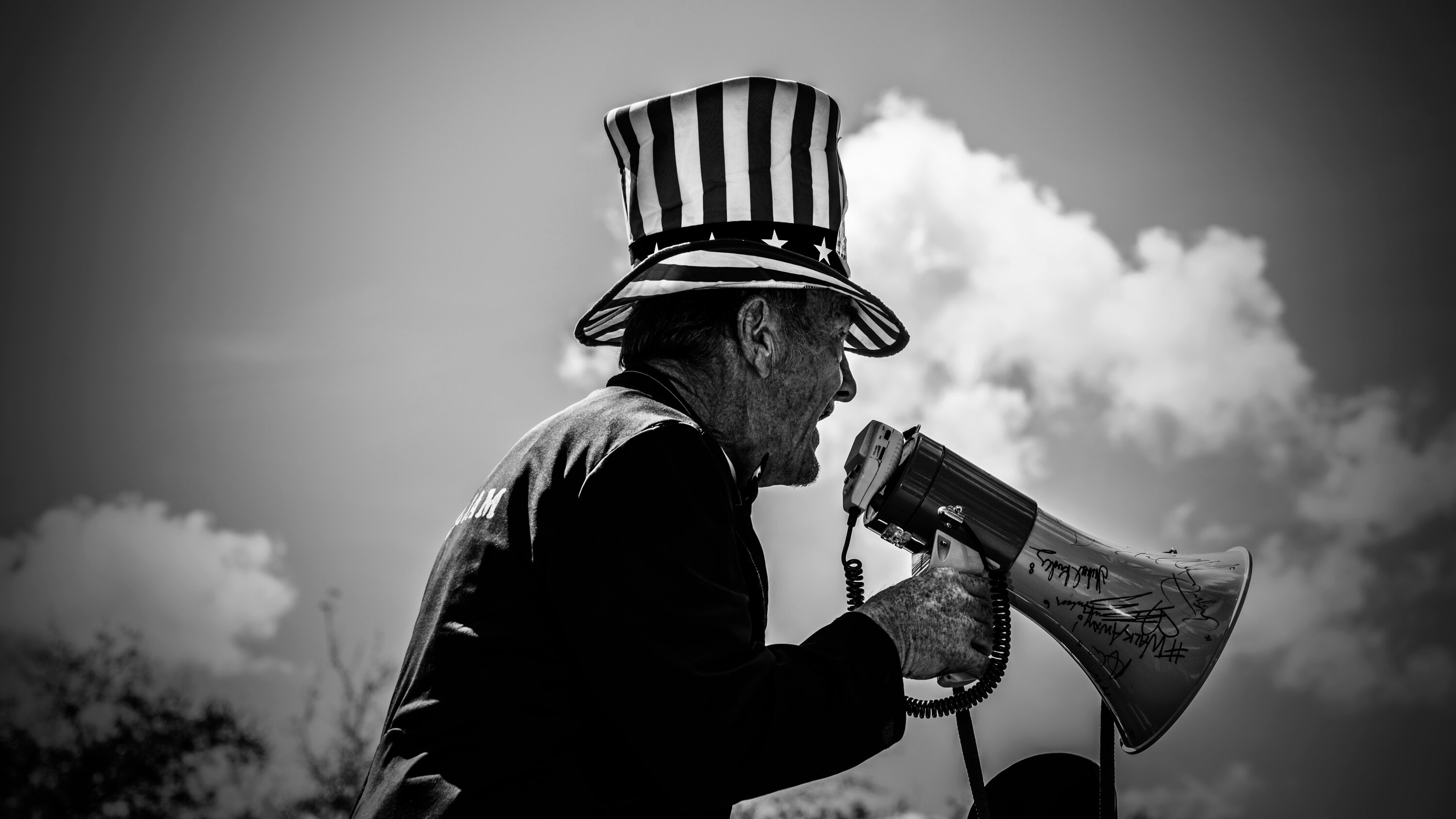 Previous post Republicans Are Showing Contempt for the Rules 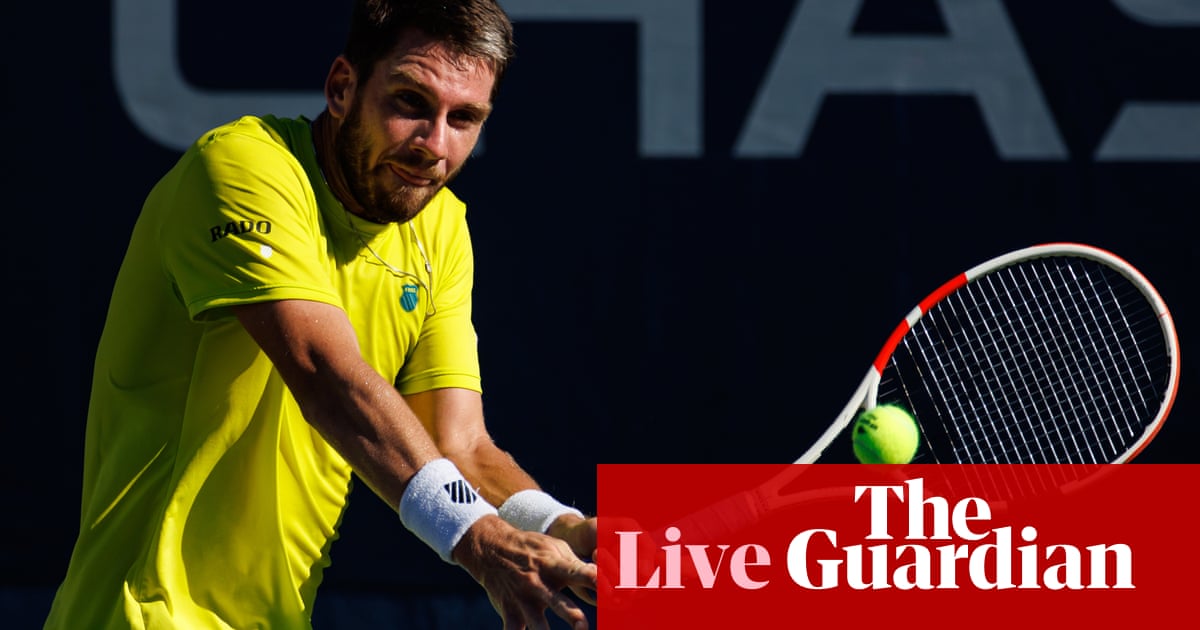