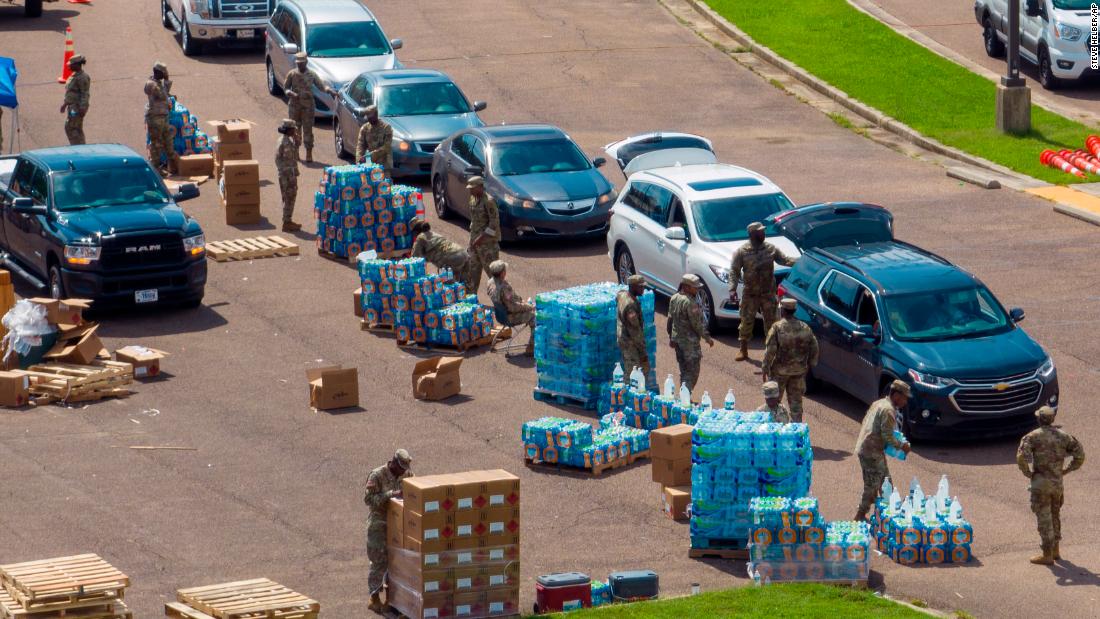 Efforts to restore the supply suffered a setback Friday when a chemical imbalance and reduced water pressure were detected.

“It’s like fixing the airplane while you’re still flying. You have to be very careful how you fix it so that you stay flying,” Jim Craig, the senior deputy and director of health protection at the Mississippi health department said Friday evening during a news conference.

“It’s the same thing as we’re trying to produce water. All that water demand needs to continue to occur and every time we have to do some maintenance then we have to offset some of that,” Craig explained.

The city of roughly 150,000 residents had been under a boil-water notice since July 30 — and then flooding caused by heavy rainfall last weekend led to a chemical imbalance at the O.B. Curtis Water Treatment Plant.

Since then, the lives of Jackson’s residents have been upended, subjecting them to long waits for bottled water they can use to drink, cook or brush their teeth. It has also shuttered schools.

“We are constantly paying water bills and we can’t use the water,” said Jackson resident Corean Wheeler. “We feel like we are living in a third-world country in America, and that’s kind of bad.”

But progress has been made, according to state and local officials.

Jackson Mayor Chokwe Antar Lumumba pointed to “two consecutive days of gains” during a news conference on Friday, while also acknowledging that not “all residents have pressure or water.”

“The team is there 24/7 working to make certain that those gains are established or sustained,” he said.

On Friday morning, Craig noted that the treatment plant was pumping water at 85 PSI, which is a unit known as pounds per square inch that measures pressure. But that was reduced to 77.2 PSI later in the day, he said.

The reduction means areas farther from the plant and at higher elevations may still experience low to no water pressure, according to a news release from the city. The goal is to get pressure levels up to 87 PSI, the city said.

As crews work to increase the water pressure, Lumumba warned that another infrastructure issue could be on the horizon.

“As they are able to increase the pressure at the plant to levels that it has not seen in many years, the challenge then becomes whether we have pipes that rupture across the city,” he said. “We know that we have brittle pipes, we have aged pipes just as our water treatment facilities are aged.”

In early 2020, the water system failed an Environmental Protection Agency inspection, which found the drinking water had the potential to host harmful bacteria or parasites.

Residents were also without water for a month when pipes froze and burst during a 2021 winter storm.

The problems are largely systemic — old and leaky pipes, malfunctions at treatment plants and insufficient money to fix the problems, according to a report by the Mississippi Center for Investigative Reporting that the Clarion Ledger published in January.

In July 2021, the EPA and the city entered into an agreement to address “long-term challenges and make needed improvements to the drinking water system.” The EPA also recently announced $74.9 million in federal water and sewer infrastructure funds for Mississippi.

Advocates have previously pointed to systemic and environmental racism as among the causes of Jackson’s ongoing water issues and lack of resources to address them. About 82.5% of Jackson’s population identifies as Black or African American, according to census data, while the state’s legislature is majority White.

Staffing at the plant also has been a problem, officials have said.

Six of the 11 water tanks have reached stable levels, and the remaining are in the process of improving their levels, the city noted in a news release.

In the meantime, officials are still urging residents to boil their water.

For Jackson to reach a clean water benchmark, the state health department must test 120 water samples from different locations over a two-day period, and all the samples must return clean results, the governor said.

“I can commit to you today that we will continue to advise Jacksonians to boil their water until we actually get to the point,” Gov. Tate Reeves said.

President Joe Biden also approved an emergency declaration for Jackson, and it will allow Mississippi to tap into critical resources to respond to the crisis, Reeves said. 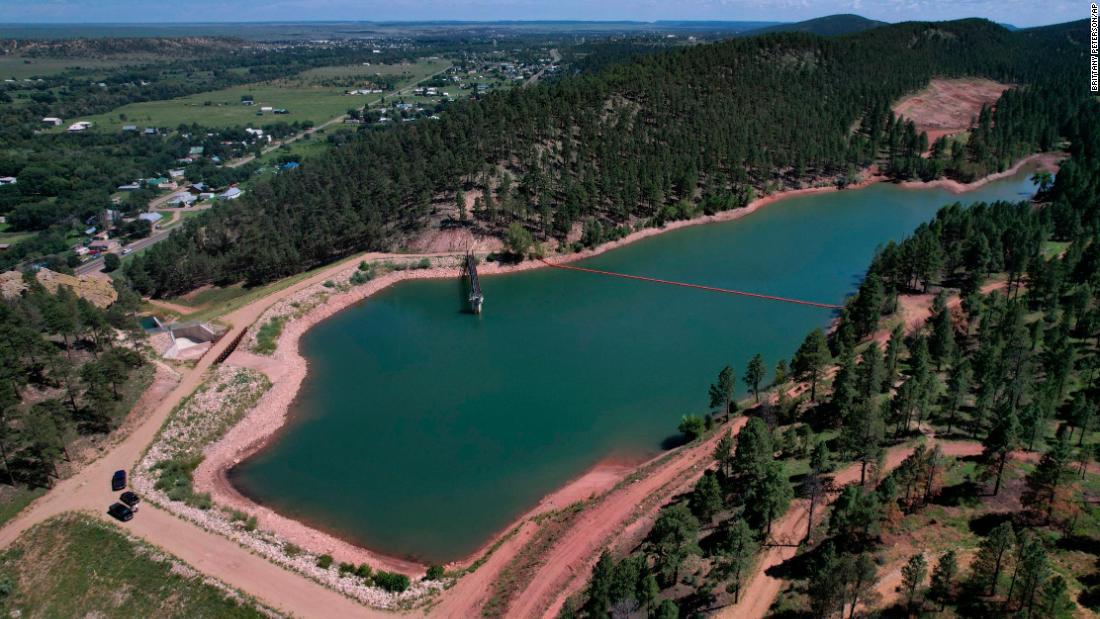 Previous post This city has around 20 days of fresh water left. Officials are racing to find another source 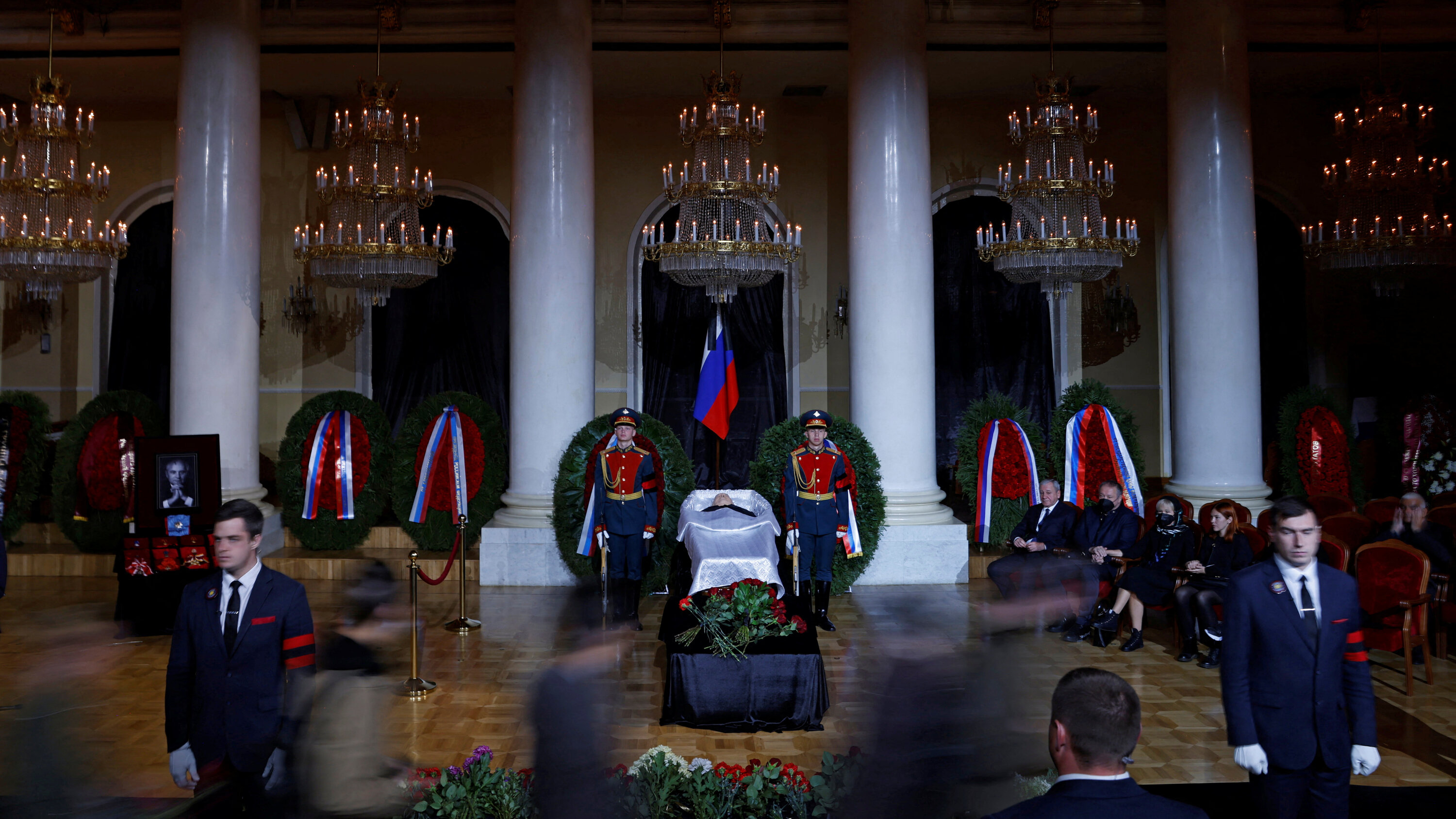