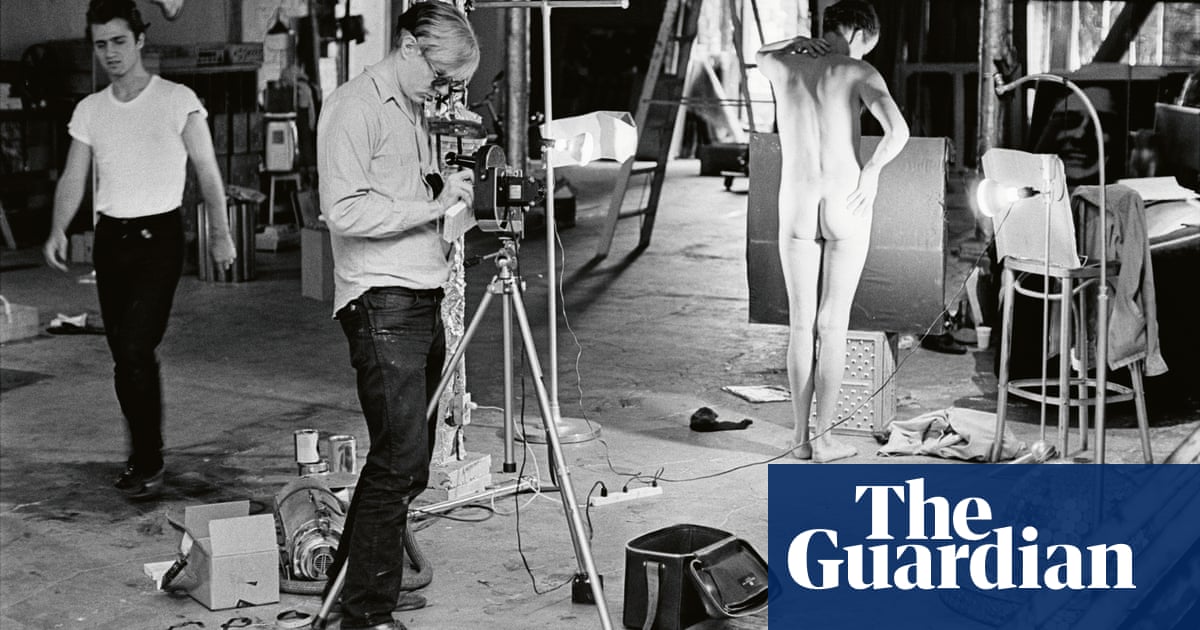 The story of these photographs begins when my husband, William John Kennedy, attended the opening of Robert Indiana’s first solo show in New York in 1962. Bill had just set up his photography studio in the city and was going to lots of exhibitions, meeting artists. He was a fantastic person, very likable; he got along with all different kinds of folk – and he was very attractive too. When he and Robert met, they hit it off right away. Robert thought Bill was the handsomest guy in town.

Robert invited Bill for a shoot at his own studio in downtown Manhattan. He was a very cooperative subject. It was during their sessions that Bill began experimenting with the approach of photographing artists with their work.

Eventually Robert introduced us to Andy Warhol, who asked Bill to the Factory. Andy, of course, was this strange bird. When I was in his company, he was very shy, you had to draw him out. But he was much more relaxed with Bill. Bill came up with all these ideas for pictures – getting Andy to wear paintings like sandwich boards, or pose behind the acetate for his Marilyn Monroe screen prints – and Andy always went along with him.

One day Bill had the idea of shooting Andy with his Flower paintings in this beautiful field of black-eyed Susans in a vacant lot in Queens. We drove our little Volkswagen Beetle to the Factory and picked up Andy and his collaborator Taylor Mead. Andy threw the rolled-up Flower canvases in the back seat, then we drove out and started shooting. It was such a fun day. I’m just so sorry I didn’t ask for one of the paintings, because they now sell for $1m.

Bill and I didn’t really fit in the Factory scene. We were invited to a few parties – I remember meeting a very young Al Pacino, he was an itty-bitty, tiny fellow – but we weren’t into drugs and didn’t drink much either. At the Factory, that’s what you did: get high and wait for Andy to order lunch for everyone. So we drifted away from that whole crowd. Bill turned his attention to his own photography, building his portfolio.

For decades, Bill kept the negatives, contact sheets and transparencies from the shoots in a box in a closet. We kind of forgot about them. When we left New York for Miami in the 80s, Bill nearly threw the box out. But, luckily, he didn’t. Now his photographs – of two great artists on the threshold of fame – are getting the attention they deserve.

Through all our adventures, Bill and I were wonderfully happy together. He died last year, at the age of 91. People ask me how I’m doing. The answer is: I’m doing OK, because I have exquisite memories to fall back on.
As told to Gabrielle Schwarz

The first place I saw Andy Warhol was in a magazine, Life or Look, I don’t remember which, wedged in between articles on the Vietnam war and ads for the latest stereo equipment. Andy and his cohorts didn’t strike me as that different from the people I already knew, because, although underage, I was already hanging out in gay bars as a “mascot” to older gay men. When I washed up on the shores of New York City’s East Village in 1967, Andy’s name was one of many that was tossed around by the cognoscenti in training, the queer teens who gravitated towards art in downtown NY. Warhol’s Campbell’s soup can painting had been launched, but it was shrouded in irony, and in some ways contempt, that did not attach to other pop artists like Claes Oldenburg or Roy Lichtenstein, who were far more famous.

Warhol’s attempted assassination [when he was shot by Valerie Solanas] was on everyone’s lips by the summer of 1968, that year of assassinations. As he recovered, suddenly Andy was everywhere, at the legendary parties at [John] Vaccaro’s loft and at performances in different underground theatres, where my star had risen as I became known for my acrobatic performances.

One afternoon [actor, singer and Warhol superstar] Jackie Curtis phoned me excitedly. “Andy wants you to be in his new movie! He loved you on stage. He thinks you are FABULOUSSSSSSS!” Jackie delivered me to a meeting with Andy. I was the child of Italian immigrants who settled in the factory town of New Britain, Connecticut, so Andy seemed familiar to me. I had known other pale, blond, Eastern-Rite Catholic gay boys who lived with their mothers and went to mass in the morning and gay bars at night. I was absorbed in the differences between the narrow-minded, puritanical, ethnic, immigrant working class I came from and this new free world I had discovered seemingly by accident. I thought it would be a good opening conversation with Andy. I was wrong. The more I talked about the mill town of my birth, the more uncomfortable he became.

Then I told him that as a child I had chosen the name Natalie for my confirmation name, inspired by the actor Natalie Wood. When the bishop slapped my cheek during the ceremony, proclaiming me Natalia in Latin, I had loudly shouted, “No, Natalie!” Andy’s eyebrows went up and he laughed, turning his head towards me, two fingers touching his lip, his palm cupping his chin, but he said nothing. A quasi-comfortable stillness descended as I submitted to the silence. People drifted by our table staring at Andy, hoping to be noticed. Andy finally spoke. “I want you to be part of Rent-a-Superstar. Rich people will rent superstars to make their parties more interesting. You will just go there and stand around being fabulous. There is nothing to it.” A few days later, I was summoned to a party at the mansion of actor Burgess Meredith. It felt like a doctor’s waiting room. Everyone was just sitting quietly, drinking as much as they could swallow, and I was relieved when my fellow superstars and I could escape in our rented limo.

Afterwards, I received more invitations to be part of Andy’s entourage, and to star in his films (he told me he really needed to work with some people who weren’t crazy). He liked to show up at parties and events with a crowd of young people, but he mostly stood off to the side by himself. Others saw it as aloofness and power, but to me he seemed like a lonely teenager with bad skin, grown old. A wallflower at a high-school dance.

Like most of the people who were involved with him, I thought Andy had become as famous as he was ever going to get by the late 1960s. From 1970, as the Factory morphed from a magnet for NY’s cultural marginals to an increasingly well-oiled corporate entity, Andy actually started to descend from fame. In the two decades between his near death in 1968, and his actual death in 1987, Andy was still going out. He was still seen everywhere, but there was a distinct feeling that he was out of time, a NY icon as familiar as the Statue of Liberty or the Empire State Building, but an emblem of an earlier age. Yet to all our surprise, every year since his untimely death the interest in him has grown and his mass appeal deepens.

It has taken me decades to understand Warhol’s complexities. While some aspects of his character remain a mystery, over the years I have come to acknowledge what I learned from him. To follow your own ideas. To build a personal philosophy. To work hard and allow yourself to change – your art form, your point of view, everything. To be open to the world around you and the people in it.

I first met Andy Warhol in 1970 in New York, where I had set up the contemporary art sales department at Sotheby’s (then Parke-Bernet). We were introduced by the publisher and collector Peter Brant, who was very young – hardly 23 – but already a big Warhol collector. I was responsible for the famous sale of Brant’s Campbell’s Soup Can for $60,000 that year.

Andy didn’t have a relationship with all his dealers, but he and I became good friends. New York society then was much different from now: it was very open, you could meet anybody and everybody. It was easy to become part of the Warhol “menagerie”. The few times I went to Studio 54, I went with his entourage. We went past the velvet rope pretty quickly.

By this point Andy had been shot by Valerie Solanas. After the shooting, I don’t think he ever had sex or touched drugs or alcohol again. He was very straight, in a way. I remember at parties he would be sitting in the corner, and he’d beckon you over to join him. And he’d say: “Who are all these freaks?” People did gravitate towards him and try to prove their credentials by behaving strangely. They just wanted to perform for him. He was always completely amazed by this.

In 1973, I moved back to London and took over my father’s gallery. My first show was screen prints from Warhol’s Mao series. There had been a couple of Warhol shows in London before – first at the Rowan Gallery and then at the Tate – so he was well known in the city. For the next show we did together (dog, cat and horse portraits in 1976), I threw a huge party. Everybody was there – people were fighting for invitations. We had minor royalty from around the world. But I think we got less publicity than we might have because later that night one of the guests, J Paul Getty III, was arrested for receiving oral sex in the bandstand at Hyde Park.

Around this time, I had a girlfriend on the board of the Arts Council of Kuwait. She invited me to bring an artist there for a show. When I suggested it to Andy, he said: “Oh, absolutely. Go for it.” This was January 1977 – he’d been invited to Jimmy Carter’s inauguration in Washington. But I suppose he thought there was more money in going to Kuwait, so he skipped the inauguration and came along with me. We were met off the plane on arrival by a tomato-soup-coloured Rolls-Royce.

People often ask, “Who was the real Andy Warhol?” Well, I think he enjoyed the mystery. But he was also a very complex character. On a personal level, his Catholicism and gayness were a source of great conflict. And, while there was certainly a mercenary side to him, he also cared deeply about his work – rightly so. The reason we are still talking about him today is that, fundamentally, he changed art. It’s pre-Warhol and post-Warhol, in the end.
As told to Gabrielle Schwarz 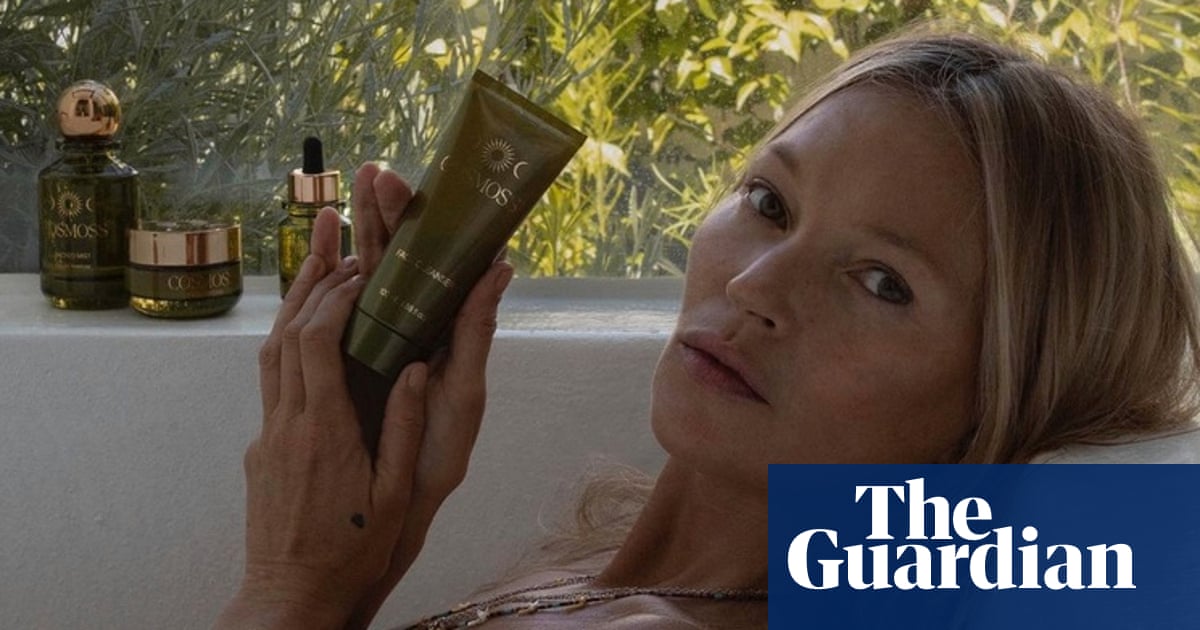 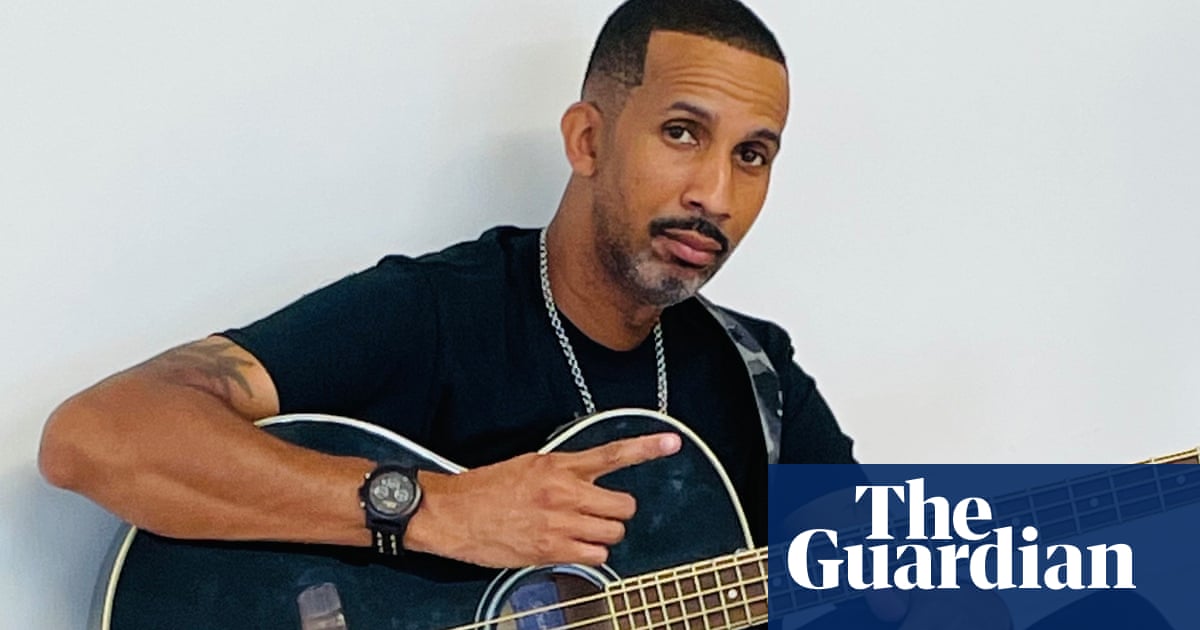