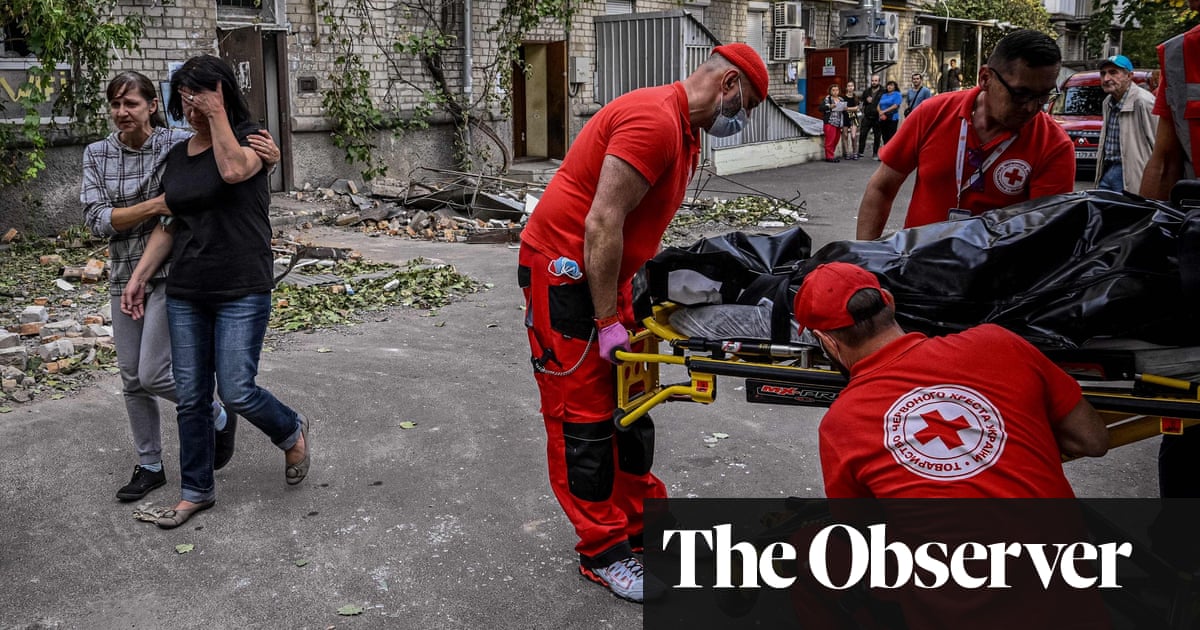 The banner hanging near Red Square was triumphant. It read: “Donetsk, Luhansk, Zaporizhzhia, Kherson, Russia! Together for ever!” On Friday Vladimir Putin formally announced the annexation of these Ukrainian territories and celebrated with a victory concert in Moscow. Russia’s president addressed a cheering crowd waving white blue and red tricolours. “Welcome home,” he said. “Russia! Russia!” they replied.

For ever turned out to mean less than 24 hours. As workmen dismantled the stage, put up on the cobbled square outside the Kremlin, Ukrainian troops marched into the eastern city of Lyman, from where Putin’s army had just made an inglorious retreat. At one point Lyman’s liberators even performed a victory dance, hopping cheerfully from side to side along a sandy forest path.

They were, according to the Kremlin’s version of reality, encroaching on Russia’s sovereign territory. In his angry west-bashing speech on Friday, delivered before Russia’s supine government, Putin had declared that Donetsk province which includes Lyman would be officially incorporated into the Russian federation. It was, he suggested, a restoration of historical Russian lands.

Since his full-scale invasion in February Putin has managed to seize a large swathe of the south and east of Ukraine. It amounts to about 15 per cent of the country. His expectation was that absorbing these territories would be relatively straightforward and similar to Russia’s annexation of Crimea in 2014, an operation carried out by undercover special forces officers dubbed “little green men”.

This turned out to be untrue. Residents in Kherson and Zaporizhzhia showed little enthusiasm for their new Russian masters. Many fled to Ukrainian government-controlled areas. Even in the east only a small minority in freshly occupied towns and cities supported Russia. Faced with a distinct lack of popular consent the presidential administration in Moscow put on hold plans to carry out “referendums” – fake ones, according to the international community.

The plans were hastily revived as it became increasingly clear that Russia was losing the war. Over the summer Ukraine’s president Volodymyr Zelenskiy gave his commanders orders to recapture the southern city of Kherson, lost in the first days of the conflict. He promised a major counter-offensive. The Kremlin responded by hurrying troops to the right bank of the Dnipro river, as Kyiv had intended.

The offensive happened but the real blow fell elsewhere – on weakly defended Russian positions in the north-east, on the other side of the country. In a few stunning days in September, Ukrainian forces liberated the cities of Izium, Balakliia and Kupiansk and an area half the size of Wales. They found mass graves, torture chambers, and Russian armoured vehicles, abandoned as their crews ran away in panic, donning civilian clothes.

Since then Ukrainian forces have continued their push. By Friday they had effectively surrounded Lyman and cut off the 5,000 or so Russian troops marooned inside. According to Serhiy Haidai, Luhansk’s regional governor, the occupying soldiers requested permission from their superiors to retreat. It was refused. For some the decision turned out to be a death sentence. Footage suggests Ukrainian artillery and drones picked off convoys trying to escape.

It shows burnt-out tanks next to the side of a muddy road. Lying on the verge are the bodies of several soldiers. Other videos suggest dozens and possibly hundreds of Russian servicemen were taken prisoner – a bedraggled and vanquished force, seemingly left to their fate by a callous and incompetent military command back in Moscow.

Across a significant chunk of northern Donetsk flags were being raised on Saturday – Ukrainian ones. Ukrainian forces liberated several settlements around Lyman including Yampil, Novoselivka, Shandrigolovo and Drobysheve. In Shandrigolovo Ukrainian soldiers pulled down the Russian tricolour. They threw it to the ground and stomped on it. In Lyman they ripped down the Russian sign outside the city’s police station.

These images, of course, will not be broadcast on Russian state television. But they pile further pressure on Putin whose decision last month to mobilise up to one million new soldiers has seen support for his war effort dip. There have been protests in some regions including Dagestan in the North Caucasus. And long queues at the international borders with Georgia and Finland. Young men have sought to dodge the draft, and to avoid the fate of Lyman’s luckless Russian defenders.

Russian nationalist bloggers expressed fury on Saturday at the way Moscow’s “special military operation” is being prosecuted. And Ramzan Kadyrov, Chechnya’s thuggish president, suggested the moment was right for Moscow to deploy a low-yield nuclear bomb in Ukraine, if it wished to avoid further military disasters. In his speech on Friday Putin hinted he would be prepared to use “all means” to defend Russian land, though how far he is prepared to go is unclear.

Kadryov pointed the finger of blame at Russia’s cerebral chief of general staff Valery Gerasimov. He also attacked the commanding officer who presided over the Lyman defeat, accusing him of idiocy, and of running the campaign remotely, from 150kms away. The upshot is this: that Russia’s military establishment is bitterly divided, and unhappy, as the war in Ukraine goes from bad to worse.

By signing “accession treaties” formalising Russia’s illegal annexation of the four occupied regions, Putin has dramatically raised the stakes. He had bound his political fortunes after 22 years in power with the successful outcome of his invasion. There were cheers and clapping on Friday, from Russia’s political elite gathered inside the Kremlin. But the euphoria was short-lived.

In a defiant response to Putin’s ceremony in Moscow, Zelenskiy, announced that his country was formally applying for fast-track membership of the Nato alliance, adding that Ukraine would not hold any peace talks with Russia as long as Putin was president. The Biden administration, meanwhile, announced a $12.4bn (£11.1bn) package of further aid, some of it military.

Meanwhile Zelenskiy’s senior advisers poked fun at Putin. Writing on Twitter Mykhailo Podolyak observed: “Twenty hours ago on Red Square, Russia’s leadership chanted ‘hooray’ for the annexation of new territories. ‘Russian Federation borders have no ending.’ Now Russian troops are leaving another strategic city and propagandists are looking for culprits. Reality can hurt if you live in a fantasy world.”

What happens next will be decided on the battlefield, not on a gilded table where Putin signed his annexation document. Ukraine’s defence ministry on Saturday tweeted a photo of the Ukrainian flag being raised with the words: “Ukrainian air assault forces are entering Lyman.” The army, it added, “will always have the decisive vote in today’s and any future ‘referendums’”. 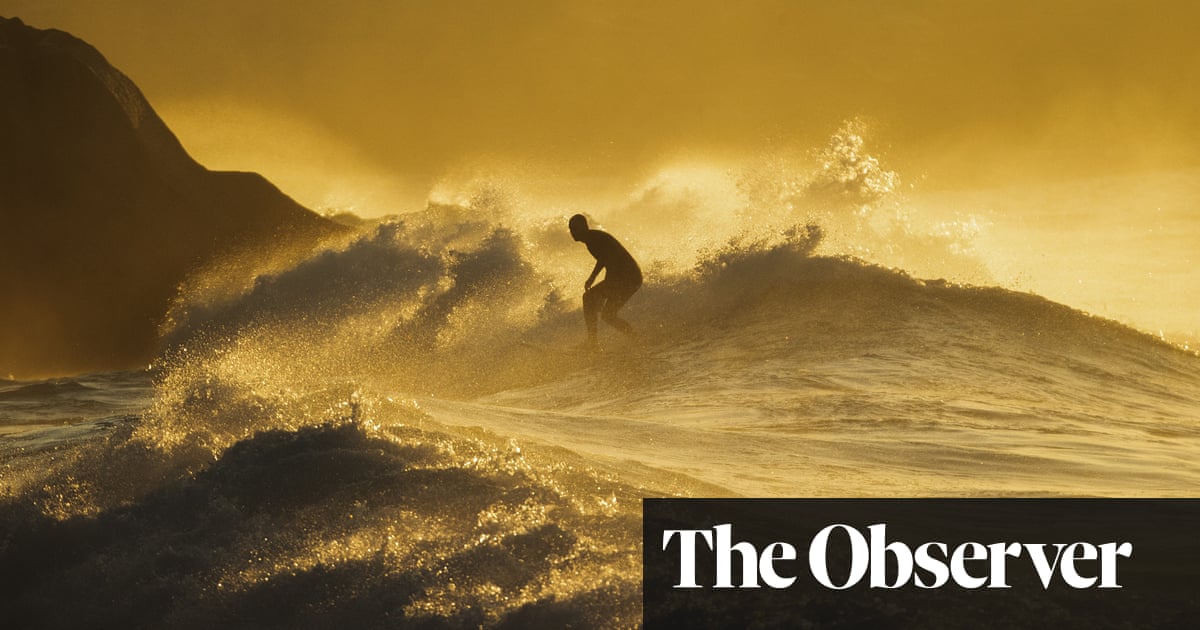 Previous post No tune, no words, no dancing: why white noise is the music industry’s newest hit 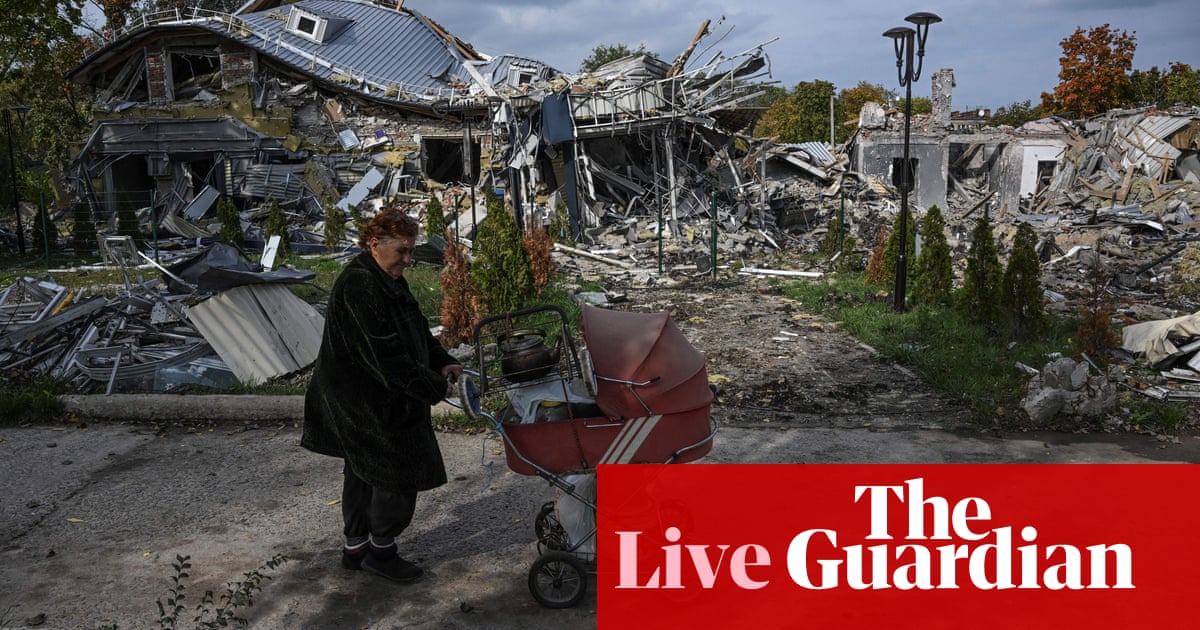