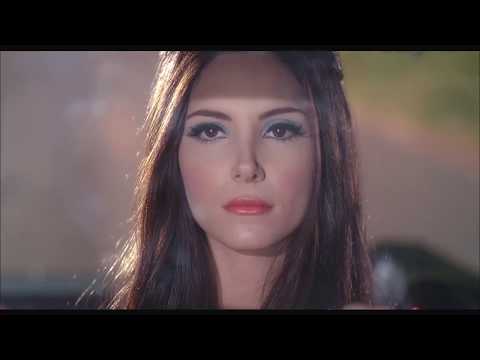 October is the month for witchy movies, and maybe this year, you’re craving something offbeat and intense, filled with forests of gnarled trees, crafty familiars, and spells that deliver potent justice. Let’s watch witches inhabiting their bodies with deliberate, life-changing magics.

Films about witches span all genres, from every type of horror to comedies like Hocus Pocus, and romantic thrillers, like Practical Magic. In movies, depictions of witches have historically engaged in tropes that cast them as evil, destructive, old, ugly, and sexually deviant, among other negative qualities. Witchcraft is also often thought of as solely supernatural: witches can do things like shoot lightning bolts from their hands or bend objects to their will. Black cats talking and flying broomsticks are typical hallmarks.
[time-brightcove not-tgx=”true”]

But alongside popular movies featuring witches are a crop of films that portray the many different kinds of witches that have always existed in culture. The natural witch, in contrast to the more supernatural kind, could be a kind herbalist dwelling in a forest cottage, who trades midwife skills for fresh eggs, or someone who knows when the storms are coming and dresses her garden scarecrows in ragged black clothes. Though typically less scary than the supernatural witch, the natural witch, examined in recent films like Hellbender, You Won’t Be Alone, and She Will, is formidable all the same.

There are also teenage witches, notably portrayed in 1997’s cult hit The Craft, who have been cultural icons since the 1950s. Miranda Corcoran, author of Witchcraft and Adolescence in American Popular Culture says narratives about teen witches grew at the time in a reflection of cultural shifts. “The teenage witch is an archetype created in the period just after World War II—just as the teenager was emerging as a new social demographic,” she tells TIME. “Initially, the teen witch functioned as a trope that allowed adults to express their anxieties about adolescent girlhood.” This evolved, she says, and their “magical abilities and metamorphic potential empowered young women to explore their own fears, insecurities, hopes and desires.”

Films also explore witches of middle age, mining that taboo territory when women transform from mother to crone, reaching a period of their lives when society at large rejects them for no longer being fertile or desirable.

The films below look at the many ways witches permeate culture: with benevolence and malevolence, as outsiders and edge-dwellers, as rebels, wise-women, seductresses, healers, and figures of mystery.

Anna Biller’s 2016 tour de force of visual style is steeped in 1970s imagery and sensibilities, with a flawless “ABC Movie of the Week” vibe. The film relishes the sexually-manipulative deeds of its spellcasting sorceress (played by Samantha Robinson), who does it all for love, but leaves a trail of mayhem in her wake.

You Won’t Be Alone

Set in Macedonia in the 18th century, this 2022 Sundance premiere is director Goran Stolevski’s debut. The birth of a baby girl named Nevena prompts a frightening legendary figure, Old Maid Maria, to visit her mother and demand the baby’s blood for sustenance. The mother begs and convinces Old Maid Maria to wait until the girl is 16-years-old, and hides Nevena in a cave to keep her safe. Played by Macedonian actress Sara Klimoska, Nevena has a feral animal beauty and grace, and knows almost nothing of the world of humans. She becomes a witch via a brief but bloody initiation (coming of age witch narratives nearly always engage with menstrual metaphors). As she matures, she is played by various actors including Noomi Rapace and Alice Englert. Nevena learns by shapeshifting: entering the bodies of people and animals, and, in breathy voiceover, shares her insights and reactions. English subtitles reflect her dreamy, poetic naturespeak. In stunning, beautiful scenes, this film explores the phenomenon of being human, and how it is shaped by circumstances and cultural expectations.

A blood initiation also gives the teenage witch at the center of Hellbender proof of her true nature. Izzy (Zelda Adams) lives with her mother (Toby Poser) in a forest in the Catskills. They pass the time hiking, foraging for dinner, and performing heavy metal songs in their basement as the band “Hellbender.” Izzy’s mom homeschools her, saying she has an infectious disease, but when Izzy runs into a local girl, she makes a new friend. Izzy’s desire to have a social life is met with fear, and her mother’s ambiguous rules start to fall apart as Izzy grows and asks more questions. Izzy is eager to learn more about her powers, annoyed that her mother has kept her in the dark about her origins. “We thoroughly enjoyed thinking about witchcraft and then trying to forget everything we might ‘know’ of it. We are very interested in the nature-based, elemental, magical slant,” Poser (also a director, writer and producer in this small family film-making collective) tells TIME. “Once Izzy discovers her true and unapologetic nature, she rejects Mother’s denial of hers.”

Eventually, the tables turn and Izzy understands she may actually be the more powerful witch. There is also a sense of triumph for disenfranchised teens: they can create a unique identity, maybe even become one of the “cool kids,” just by being themselves. That edgy outsider energy is compelling, and Izzy, who starts out somewhat shy and afraid of the wider world, blooms, becoming confident and charismatic. This low-budget indie is wildly original and impressive.

Read More: The 3 Biggest Myths About the Salem Witch Trials

In Gaspar Noé’s 2019 film, French actors Béatrice Dalle and Charlotte Gainsbourg play themselves, giving this unusual film a metacinematic vibe. The first half finds Béatrice and Charlotte sitting around talking the night before they are set to shoot a film about witches that Béatrice is directing. Béatrice has played a witch many more times than Charlotte, and she offers her sage wisdom on how to handle scenes where they’re being burned at the stake. The next morning, everything devolves into chaos. Producers try to sabotage Béatrice’s authority, pushy pseudo-journalists invade the set, and there are serious safety concerns. Noé, ever the provocateur, dedicates the film to male directors who have made films about witches (Pasolini, Polanski, Dreyer, etc.), perhaps missing the point somewhat. But Dalle and Gainsbourg are brilliant playing two actors whose workday unravels in a cacophony of anger, fire, and screams.

In Charlotte Colbert’s 2021 film, Alice Krige delivers a powerful performance as Veronica Ghent, an aging film actor whose recent surgery has irrevocably altered her perception of her own beauty and vitality. Expecting a solitary retreat in the Scottish forest, Veronica, recovering from a double mastectomy with the help of her caregiver (Kota Eberhardt), must endure a gaggle of guests who are attending a sort of mindfulness seminar with a self-styled guru (Rupert Everett). Events transpire which seem to unleash the pent-up pain and anger of the witches killed long ago: the metaphor is all too familiar to contemporary women. The witch as crone, as hag, as old woman who has outlived her sexual usefulness, is the stereotype lurking in the shadows of this moving story of confronting one’s legacy and mortality in a world beguiled by youth.

Season of the Witch

The Lords of Salem

Rob Zombie’s 2012 film is a stylish, spooky tale of a radio DJ (Sherri Moon Zombie) who becomes haunted by the demonic forces lurking in her building.

The Sisterhood of Night

Caryn Waechter’s 2015 film of Marilyn Fu’s screenplay adaptation of a 1994 short story by Stephen Millhauser is a compelling coming of age story tinged with the energy and imagery of Salem Village’s atmosphere of bullying and grandstanding. A secret girls’ club said to be practicing witchcraft in the woods becomes a target for persecution.

Written and directed by and starring Quinn Shephard, this 2017 film centers on a high school production of The Crucible and a lonely student (Shephard) whose close relationship to her drama teacher (Chris Messina) spawns ugly rumors.

Intriguingly visionary and disturbingly violent at times, this German-Austrian film follows a loner shepherdess who experiences persecution as a witch in her 15th century Alpine village. It’s a subtle story with an earthy, haunting tone.

Read More: The Craft Inspired a Generation of Teenage Witches. Here’s How

I Am Not a Witch

A child accused of witchcraft and ostracized by her village in Zambia is then made into a minor celebrity and exploited. There is humor, social satire and shocking pathos in this award-winning 2017 debut film from Rungano Nyoni.

This unusual story (written and directed by Avery Crouse in 1983) explores the superstitious atmosphere pervading Colonial North America in the 19th century. A charismatic preacher leads his followers across the frontier and into a disturbing realm of pagan visions and madness in one of the few folk horror films about witches released during the 1980s.

The Blood on Satan’s Claw

This 1971 film by Piers Haggard is considered one of the genre-defining works of folk horror cinema. It’s a chilling tale of a cult-like craze that overtakes a group of children in a 17th century English village who decide to invoke the evil spirits of the land. 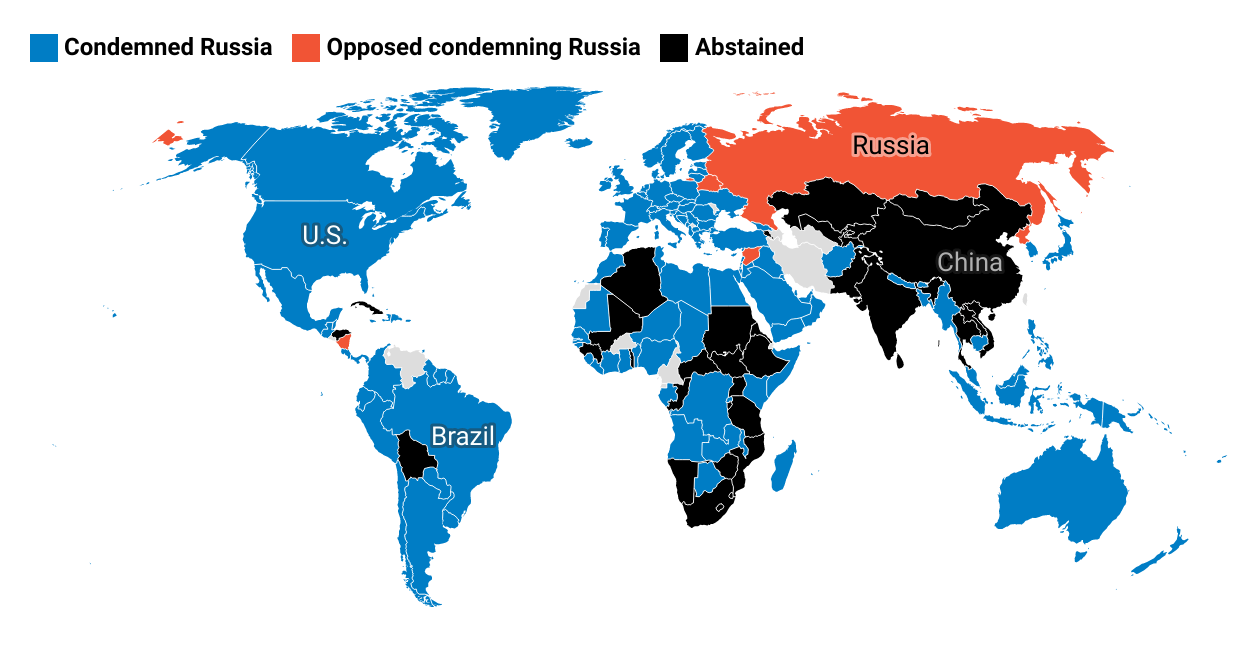 Previous post A New U.N. Vote Shows Russia Isn’t as Isolated as the West May Like to Think